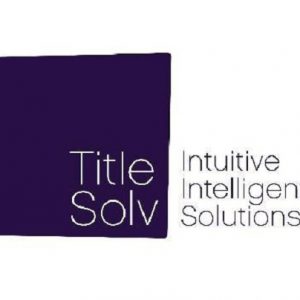 As the Government comes under increasing pressure to meet housing targets, compulsory purchase orders (CPOs) are gaining favour as a means of allowing a public body to take a property by right where it is needed as a matter of public interest.

In its sixth report “Removing the Barriers to Housing Delivery”, published in March 2016, the Outer London Commission commented that: “Substantial increases in housing delivery are required to ensure London meets its housing need… the use of CPOs as a tool to unlock housing growth should be reinvigorated”.

In built-up areas, such as London, CPOs can be a useful tool in getting around any objections to a development based on a rights of light claim; by acquiring the right or removing the right to an injunction following an infringement of rights to light.

To take possession, the acquiring authority can either use a general vesting declaration or the notice to treat procedure.

While an increasing use of CPOs can be a good indicator of an upturn in development, they come at a price. CPOs are subject to judicial review and compensation will need to be paid to whoever the land is acquired from.

Compensation is assessed using a compensation code, which is a combination of various pieces of legislation and legal decisions. Compensation is based on the principle of ‘equivalence’, meaning that compensated parties should be no better or worse off after the purchase.

In the case of a simple property, such as a house or flat, the compensation will be the market value of the property, not taking account of changes in value as a result of the development. Where only part of the land is subject to a CPO, compensation is paid for any reduction in value of the retained land.

In addition, removal costs, stamp duty on buying an equivalent new home and legal and lender’s fees can be claimed.

The acquiring authority will need to make advance payments of compensation if it enters the land before any compensation has been agreed.

The Home Loss Payments (Prescribed Amounts) (England) Regulations 2016 came into force at the beginning of October, increasing the maximum amount payable to a homeowner or occupier affected by a CPO under the Land Compensation Act 1973. The Regulations increase the maximum amount from £49,000 to £53,000 and the minimum from £4,900 to £5,300.

The general industry view remains that CPOs are unnecessarily complex. In 2015, the British Property Federation suggested that the government should make it easier for property owners to serve blight notices when they are affected by a CPO.

In September 2016, the Neighbourhood Planning Bill 2016-17 was introduced to Parliament, aimed at supporting housebuilding and giving local people more influence over a proposed development.

In addition to speeding up the process of neighbourhood planning, the Bill is aimed at simplifying the CPO process.

Insurance can be used in two contexts where CPOs are concerned. Judicial Review insurance can be provided to cover potential losses relating to a third party challenge to the grant of a CPO. If there are historic CPO’s which were not implemented and there is a risk that the Crichel Down Rules may apply, then title insurance designed to cover the losses occasioned by a challenge to the developer’s possession of the property from the original owner can be applied.