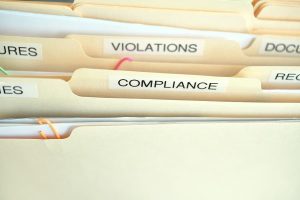 During our recent Access All Areas legal panel session the Solicitors Regulation Authority was asked what thematic reviews it was planning to carry out over the next 12-18 months, and although it said these had not yet been fixed in stone they could cover:

The Legal Services Board has demanded further action from underlying regulators like the SRA, this includes clamping down on firms not doing enough to give clients information; the LSB has said that it will expect the SRA to have regard to performance data – such as error rates as well as complaints, and client feedback, ratings and reviews.

The Council for Licensed Conveyancers is planning to make CLC regulated firms who attract the most complaints pay more towards the Legal Ombudsman costs; it would strip out these costs from practice fees and make recharges to firms based on their complaints data. An area of concern for firms will by how the CLC put data into context, for example, it is likely that bigger firms handling more cases are by nature likely to attract more complaints.

A recent meeting between government and regulators discussed what plans should be put in place should it be decided to disband the LeO; no decision has yet been made on the future of the LeO but it is interesting that this is now being discussed.

A major survey carried out by the Chartered Institute of Legal Executives has found that legal executives, many of whom come from non-traditional backgrounds, face discrimination and unfair treatment by fellow legal professionals and particularly their employers, which denies them equality of opportunity.

Bank account fraud is now tracking at it highest level for more than three years, with ransomware demands having increased by 518% between 2020 and 2021.

Apple has issued an emergency software update to counter a new form of spyware that does not require the user to click on anything; clearly those using Apple equipment should action the update as soon as possible so they are not exposed to attack.

The “organisational culture” of the legal profession needs to change to tackle the ongoing problems of mental ill-health, bullying and harassment, major new research carried out by LawCare has found.

Just over one in five participants (22%) said they had experienced bullying, harassment or discrimination in the workplace in the 12 months before completing the survey.

The research also highlighted the intensity of work many faced: almost two-thirds felt they needed to check emails outside of regular work hours to keep up with their workload, and 28% said their work required them to be available to clients 24/7.

Watch the webinar on demand here.