Radon: Removing a Killer from the House 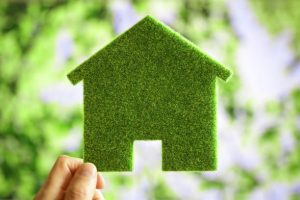 Radon is a naturally occurring radioactive gas that can affect properties across the UK, not just in the South West like many imagine. We take a look at what it is, the risks and impacts on buildings and how even if it is discovered, that the property transaction can be stay on track.

What is Radon? Why is it a Concern?

Radon gas is formed when uranium in the soil and rocks beneath us decays. When it escapes to the open air, it quickly dissipates, but if it rises into a building, it can become trapped and build to dangerous concentrations.

Public Health England says that radon is the second largest cause of lung cancer in the UK, causing over 1,100 deaths each year. The risk from radon is higher if the person is an ex-smoker and significantly greater for current smokers. It causes more deaths than drink driving and is the source of half of all of our background radiation.

Where is Radon found in the UK?

Radon concentrations vary even in prone areas based on the underlying geology and different amounts of uranium present in the soil and rock.

The latest Public Health England data on concentrations debunks the myth that Radon is just a problem in Devon and Cornwall. It isn’t – it is nationwide – following many hilly and mountainous areas, including the Cotswolds, Peak District and Pennines. There are also local hotspots in Surrey, Hampshire and Dorset. Where more than 1% of properties will contain high levels of radon are classed as radon Affected Areas.

How is Radon Measured?

Average radon levels in the open air are approximately 4 Bq/m3 across the UK. The average radon level inside UK homes is 20 Bq/m3. While there is no known “safe” level of radon, the current advice from Public Health England is that “for levels below 100 Bq/m3, your individual risk remains relatively low and not a cause for concern. However, the risk increases as the radon level increases.”

What are the Risks from Radon to Humans?

Radon enters a property typically by advection – the movement of the gas from the soil to the lowest point of pressure, which is usually inside a building. It can infiltrate through cracks in the foundations and gaps around service pipes.

A property with a basement is considered to be at ‘higher risk’ of containing elevated levels of radon, because it will have several surface areas in contact with the soil through which the gas can access.

How can Radon Risk be reduced?

Radon levels can be reduced by carrying out remedial works to the property. The two most common methods are either the installation of a positive pressure fan inside the property or the excavation of a small hole beneath the property (called a radon sump) that is connected to an exhaust pipe and fan on the outside of the building. If a property has a basement, pressurising a physical membrane may be a better solution.

In a property transaction, it is essential to verify whether the vendor has carried out any radon testing and if so, request to see a copy of the results report. If testing has not been carried out, it would be a sensible precaution to do this, especially

As radon levels fluctuate constantly, the longer the test period the more accurate the result. Short-term screening tests where the detectors are left in place for 10 days can give a good indication

In the same way that property prices are negotiated in a sale should structural or damp issues be found, so the same applies to radon.

The Radon Association says that typical remedial costs can range from £800 for a simple measure and a single retrofit sump system may cost between £1000.00 and £2000.00.

Rather than this cost get in the way of the sale, a potential and lesser known option available to homebuyers is a Radon Bond, whereby an agreed amount of money can be put aside to enable prolonged testing and remedial works if determined necessary.

This agreed amount is held (for example by a Solicitor) and depending on the outcome is either passed onto the seller (if no remedial works are required) or used to carry out remedial works if necessary by the buyer (with the seller receiving any leftover amount).

It would be enough to cover the cost of a typical radon remediation system and typically around £2500. Both parties would sign a contract that stipulates how the bond will work.

The bond’s life must also be realistic. The Radon Association recommends three months should be allowed for the completion of remediation work with a buffer built in for the transaction ahead of this.

In this way, the transaction does not need to get held up and effective measures can be introduced at an early stage of occupation.

Is your client affected?

So, understanding if your client needs to be prepared to consider the impact of radon on their purchase, including any adaptations to the property, is an important first step ahead within the property searches.

Public Health England has a website that allows you to search for whether the postcode is affected by Radon. However, the data is held at low resolution 1km grids. Environmental risk report data, such as that provided by Future Climate Info, provides a higher resolution with data from the British Geological Survey. This provides a more accurate representation of the potential risk of exposure to Radon.

This accounts for local hotspots which can make all the difference in terms of further testing and negotiation.

For more information on Future Climate Info’s environmental risk reports and radon data, contact us on 01732 755180 or email us at [email protected]