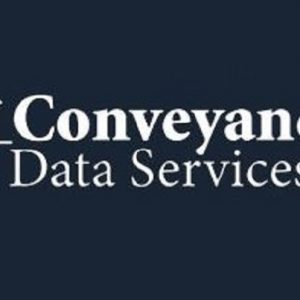 Who else over indulged at Christmas time and now can’t fit into their clothes?

We stood on the scales the start of this year and probably weren’t shocked when we read our weights.

We expected it though, and its nothing a bit of baggy clothing can’t hide.

But what if we walked down the street and suddenly the pavement gave way sending us 10ft below ground. Would you immediately blame the box of Quality Street you put away?

Fear not, it wasn’t the strawberry crèmes.

We are all aware of the flooding around the UK, as well as rivers bursting their banks, the ground is now sodden.

Now there is another danger hidden away, which could happen at any moment.

Boxing Day saw the M62 closed as a 20ft sinkhole appeared after Rochdale suffered a month’s worth of rain in just a few hours.

On New Year’s Eve, on a quiet street in Maesteg a 20ft sink hole swallowed a man. Residents were evacuated and the road was closed as investigations took place.

And who can forget the 66ft diameter and 33ft deep sinkhole in St Albans where five families were told they couldn’t go back to their homes until well into the New Year as investigations took place. There are worries a giant sinkhole three times as big is lurking nearby.

Check out these sinkholes http://www.mirror.co.uk/news/uk-news/m62-sinkhole-chasms-caused-chaos-7073407

Commonly, after a wet winter, an increasing amount of sinkholes will appear across Britain.

A sinkhole is usually formed by erosion, caused by the frequent exposure to water. There are two basic types of sinkhole; a cover-subsidence sinkhole which is created slowly, over time and a cover-collapse sinkhole which will appear suddenly.

Both are usually the result of what is known as the Karst process where acidic water, which is created by rainfall seeping through the soil, absorbing carbon dioxide and reacting with decaying vegetation, causes the erosion and dissolving of the soluble rock layers such as limestone or gypsum, beneath the surface – eventually creating a cavity below the surface.

The soil or sand over the limestone collapses into a sinkhole when it can no longer support the weight above because of the void below. This final collapse of the surface might take anything from a few minutes to several hours.

There are areas across the UK which are susceptible to subsidence due to past activity. For more information contact Conveyancing Data Services