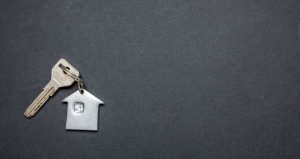 The sales progression platform mio has announced that over 35% of the properties in mio are now receiving an automated milestone update via a data feed from a conveyancing, mortgage broking or surveying business.

“Agents are really busy dealing with a surge in new enquiries.  This leaves less time for sales progression which is critical to completing sales and releasing commission.  Automated milestone updates in mio, reduce the need for agents to chase the other parties involved in a transaction allowing them to focus on winning new instructions”

“Having to chase multiple parties for updates is time consuming and frustrating but effective sales progression is vital and we’re working hard to empower agents with the information they need.  During lockdown we’ve progressed discussions with a number of parties in the mortgage broking, surveying and conveyancing sectors to ensure that we can continue increasing the volume of automated updates that mio receives.  These businesses recognise the value of the mio chain view which we can offer in return for their milestone updates.”

Commenting on the announcement, Iain White, of the Innovation Collaboration Group said:

“If every single agent signed up to mio, today, we’d have faster transactions and fewer fall throughs. The industry will not survive with a 17-week gap between offer and completion.  Estate Agents used to turn over their pipeline four times a year but it’s now down to two.  You cannot sustain a business on that model.  mio does require more collaboration between agents but the industry has to recognise that collaboration will deliver an improved home purchase process which will, in turn, create a bigger market with more people willing to move.”