Mineral And Waste Plans: Communities In The Crossfire

Villages and towns are facing years of traffic disruption, noise and dust as major planning decisions are being made about the future of multiple sites across the country.

Mineral and Waste Plans are an often overlooked part of planning search due diligence – conveyancers and their clients need to be aware of the long term impact of how these plans change.

What are Mineral and Waste Plans?

Minerals extracted from the ground – chiefly gravel, sand and chalk – are a key component of the construction, infrastructure and chemical industries. Mineral and Waste Plans are a vital function managed at County Council level to ensure that this natural resource is managed sustainably. Plans identify the extent of existing extraction sites (quarries and pits), future potential sites (either new or reopened as demand dictates) as well as when a site has come to the end of its life and needs to be reclaimed and restored.

For villages close to these sites, revisions to these plans can have a serious adverse effect on everyday life. Often in tranquil, rural locations, the ill-suited lanes and access roads can be turned into a conveyer of heavy goods vehicles, belching noise and exhaust pollution as they move back and forth delivering minerals and aggregates for construction and infrastructure elsewhere. 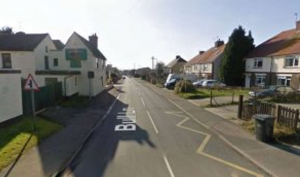 Eccles in Kent is a classic case-in-point. The village lies close to the large Aylesford Sand Quarry, which has been in operation for over 100 years as part of what is a key industry in Kent. Until now, its presence has not threatened the peace.

However, sand from the eastern side of the quarry has now been depleted, but around 148,000 tonnes of sand remains on the west side, near Eccles.

Aylesford Heritage Ltd, which operates the site, made an application to Kent County Council’s (KCC) Planning Committee last year to alter the route of lorries to gain access to the west side of the quarry.

The firm said avoiding Eccles would be impossible due to a 2.5m wide tunnel restriction on the route. The only option was to pass directly through the village. Despite strong opposition from three district councils and 150 residents and the leader of the KCC Planning Committee, Alan Marsh, describing the situation as “unfortunate”, the decision to alter the lorry route was passed at a public meeting in Maidstone in December 2019.

Eccles now faces the prospect of 100 lorries a day passing back and forth. Cliff Thurlow, from Aylesford Heritage Ltd, is sensitive to villagers concerns. He wants to extract the sand quickly but told the committee it will take at least 30 weeks. However, a planning condition means that mineral working at Aylesford Quarry could be carried out until February 21, 2042 – a long term impact on the lives of Eccles residents.

Stonecastle quarry – from the land and air. Images courtesy of Kentonline and Save Capel.

Dormant quarries can also be reactivated as demand dictates. The last 10 years have seen significant acceleration in infrastructure investment and house building. This has compelled County

Councils like Kent to re-appraise resources and provide fresh supplies. It is cheaper and quicker to unlock a dormant site, assuming there aren’t legacy contamination issues. Across the country, sites that have lain idle or reverted to nature are now being prepared and opened up for excavation.

After a hiatus of more than a decade, Stonecastle Farm Quarry in Five Oak Green, near Tonbridge, has been brought back into action by Tarmac. The site first opened in 1981 but closed in 2008 due to the economic crash. Now, with an estimated 2 million tonnes of sand and gravel remaining, they restarted extraction at the end of 2018 due to “an improvement in the market conditions”.

Changes to the site’s existing planning permission and increasing the period of its excavation campaigns from three to six months, as well as moving a haulage road to the south of the site were all agreed by Kent County Council

Nearby Five Oak Green resident Alan Chilvers said: “At double the duration of working, this significantly impacts the enjoyment of outside activities during the entire summer – and an increase in noise and dust into our homes at a time when windows are frequently opened.”

Brendan Kelly, estates manager at Tarmac, told the KCC Planning committee that six months of extraction would still see the same amount of mineral extracted – but would mean it would be less intrusive. He added that “The principle of mineral extraction from Stonecastle Farm Quarry is long-established and is secure until 2062.”

This comment further underlines just how long term these activities will be in any affected area. 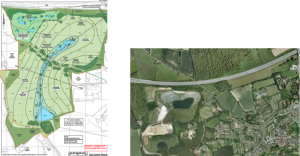 A third factor with quarry usage is infill and restoration. Once sand or gravel sites have been worked out, they typically lie idle for many years. Because many were extracted to below the water table, they fill with water. A key consideration for restoration is whether they are then in-filled back to their former “dry” level or allowed to stay wet to create natural lakeland habitats.

Which way this decision goes can have massive implications for local residents.

In the past, redundant quarries were in-filled with household and hazardous waste, acting as adopted landfill sites. Until the Environmental Protection Act 1990 was fully adopted many sites were unsuited and have left legacy contamination issues such as methane emission and leacheate discharge.

Given this, if a “dry” option is now chosen, quarry infill is preferred with inert waste, largely as spoil from construction and infrastructure projects. These have been used successfully as reclamation projects for golf courses and natural parks. However, by necessity of their size and depth, the infill process can take many years or receiving HGVs from across the region.

A final example in Kent can be found near Westerham, at the Covers Farm site. Part of the large Squerreys Estate, the plan for the vast former gravel quarry is to rapidly expand in-filling to restore the landscape. However, local residents see this as a route to more housing and infrastructure development.

While a suggested bypass would be very tempting for local residents, it could come at a cost. The town, which has a large stock of heritage buildings, could be plagued by up to 42,000 lorries a year delivering and dumping materials at Covers Farm. Residents already face up to 250 additional houses on Squerryes estate land to the northern edge by the M25.

The by-pass has been offered to mitigate the traffic, but which would be dependent on the infilling at Covers Farm as it could pass through the reclaimed land to the west of the town. The landowner has said that reclamation of the quarry is essential as ground instability could threaten the nearby M25. Local residents remain highly sceptical and suspicious, however,

It is an example of how an intricate set of dependencies can be tied up in a local lengthy planning dispute, with the future of a quarry at the heart of the arguments.

Be Alert to Mineral Plans for your Client

Conveyancers should support their clients, regarding how transactions could be impacted by significant local planning decisions.

FCI’s Premium Planning Plus Report pulls “live” planning data at the request of each report, ensuring that the very latest available information is used to compile the product.

Using FCI’s unique intelligent FCICapture technology, we identify planning issues which, although lying outside of the search boundary, if completed may, in reality, extend within the area of interest around the subject property

This unique approach combines essential information on contaminated land, flood and ground stability checks to complete full environmental due diligence for your client.