Leasehold And Ground Rent And HIPs, Oh My! 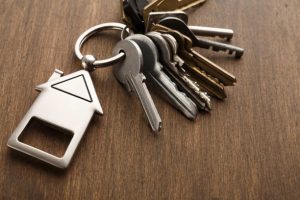 In the City of London earlier this month, tmgroup hosted the first of several audience-led ‘Back to Reality’ discussions on the challenges that will continue to impact the residential property market after 29th March.

The event brought an audience of conveyancers, surveyors and lenders together, alongside a panel of residential property specialists – including representatives from the Institute of Residential Property Managers, Weightmans, Future Housing, Mishcon de Reya, Howden Insurance Brokers, the Conveyancing Association, and tmgroup.

Whilst further discussion prompted fierce debate around the changes currently under consideration by the Government on the role of Reservation Agreements, as well as the potential for creating a digital version of the Home Information Pack (HIP).

“I am delighted that we have launched an event like this which seeks to break down the silos which exist in the UK property marketplace, and it was great to see a full-house of people from across most of the key property professions.  Digital collaboration is at the centre of tmgroup’s vision for the industry, and it was great to see and hear such strong support for that vision from across the market.”

Collaboration is key to reducing the risk of fraud

The need for the industry to collaborate to reduce the risk of fraud, as well as enable them to offer greater service and value to the consumer, was another point up for discussion – with existing processes cited as an inhibitor to change, as they are often hardwired to regulation that has been developed around them.

A key example is in the challenges a surveyor experiences when providing a valuation service for the lender, but at the same time clarifying information for the conveyancer on behalf of the consumer. Another example is the duplication of fraud prevention and Anti-Money Laundering processes throughout the transaction, which could paradoxically increase the risk of both.

There was also widespread agreement on the need for reform, and for all stakeholders to buy into that reform. However, this starts with helping professionals to understand how the changes will benefit not just the consumer, but also the businesses they represent and themselves.

One of the presenters even provided a blueprint for how a property transaction might be fulfilled in 2021 through the creation of a genuine digital space using distributed ledger technology, and a process allowing for on boarding, digital escrow and due diligence.

Want to find out more? Join us in Manchester on 27th February!

It’s not too late to get involved. There’s still a handful of spaces left at our next ‘Back to Reality’ event in Manchester on 27th February.