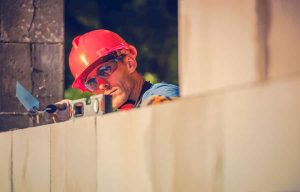 Is the Government on Target for 300,000 New Homes Per Year? A look at the construction and new build sector in 2019.

The UK is in the midst of a severe housing crisis with the gulf widening rather than receding each year. Currently, the National Housing Federation estimate that 8.4 million people in England alone are living in unsuitable homes or properties they cannot afford.

In order to narrow the gap, the report predicts that 340,000 new homes per year need to be built over the next decade in order to stem the flow of the problem.

Governmental projections have speculated that 160,000 homes will be built up to 2020 with the figure rising incrementally to 300,000 by the middle of the next decade.

Whilst some figures may suggest this is not enough to prevent the crisis from increasing, many are just as anxious that the Government’s targets remain out of reach and unachievable.

House builders, developers, cross-party Parliamentary officials and myriad organisations feel as though the Government’s ambitious house building targets will be difficult to actualise given the reduced confidence caused by political uncertainty.

Despite the fact that 57% of house builders have increased the number of homes they are able to build in 2019, less than half were confident of getting anywhere close to 300,000 homes by 2025, according to a survey of over 400 building companies, compiled by McBains.

Overall, respondents cited a lack of available land (55%), planning permission (49%) in its current iteration and Brexit implications leading to skilled staffing shortages (48%) as major barriers preventing the UK from meeting its housing targets.

These feelings have resonated and reverberated throughout the entire building community in 2019. According to the Federation of Master Builders’ ‘October House Builders Survey,’ consumer confidence, access to land, the planning process and a shortage of skilled workers are obstacles plaguing the sector.

Buyer confidence has also dwindled from an average score of 3.14 out of 5 down to 2.9 in October. Furthermore, respondents feel confidence will weaken even further in 2020 and 2021 to 2.75 and 2.96 respectively.

Pessimism permeating throughout the sector could be well placed. A recent Public Accounts Committee report into the sale of public land suggested the Government are falling significantly short of their current 160,000 homes target by a ‘wide margin.’

The committee estimated that the Government released land for 91,000 homes, a shortfall of 69,000 homes if they intend to consistently meet their 160,000 home per year targets.

The report also suggests that the number of new homes has been artificially inflated by as much as 40,500 homes since 2011, accusing the Government of being ‘loose’ with its definition of what constitutes a new home. This could mean that the target is even further away than the figures suggest.

And the current new build construction starts taking place in 2019 suggest the Government are already a long way from reaching their new housing quotas as the construction sector slowly shrinks.

New build construction is producing fewer homes than in previous years according to data released from the Ministry of Housing Communities and Local Government.

Output for the second quarter of 2019 revealed that new build construction starts in England had fallen 8% year on year and 2% when compared with the starts taking place in the opening quarter of the year.

The data also suggested that new build starts had decreased by almost a quarter (24%) when compared to the peak point in the opening quarter of 2017.

The Government will be frustrated that political uncertainty may derail the progress being made in residential construction; especially when new build completions reached 173,660 in the year to June – exceeding annual targets by 13,000 homes.

October’s Construction Sector Report estimated that the sector growth had slowed considerably in recent months. Although the sector had displayed growth of 5.3% thus far in 2019, it is almost three times slower than the 14.1% growth average for both 2017 and 2018.

As a consequence, more firms are reducing their workforce numbers with larger firms shrinking by 11.5% from 878 to 777.

It is clear that the months surrounding a Brexit outcome will be stymied by political uncertainty. However, the market is resilient, the UK needs new housing and people will always need to move home. Stakeholder sentiment remains strong in the long term and those looking to buy, and sell are starting to express their interest in the property market. The UK may still have to weather the storm in 2019 but calmer waters lie ahead.

Whilst the Government may struggle to hit their deadlines and reach their targets, law firms using the services of The Cashroom can rest assured that their legal cashiering issues will be completed quickly, efficiently and accurately.

The Cashroom supply law firms with high calibre, qualified people who are experts in cashiering and management accounts. We don’t just provide firms with all the resource, data inputting and analysis it needs we also take the time to understand each business we work with and consider what they want to achieve, whilst adding value for money.

If you would like to hear more about how outsourcing legal accountancy can help your firm, speak to one of our advisors today who will point you in the right direction.

If you are regulated within the English and Welsh markets, then please contact:
Alex Holt E: [email protected] T: 07817 420 466 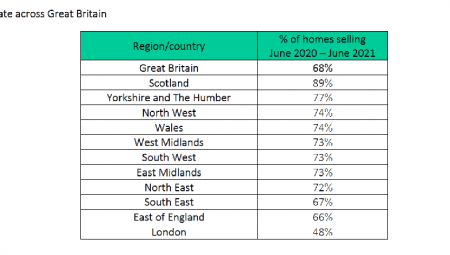