Firm failing to do sufficient client checks was duped by fraudsters 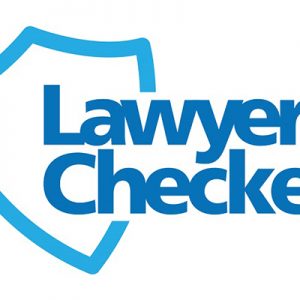 Rebukes have been accepted by three partners of a law firm who did not carry out sufficient checks when transferring the proceeds of a property transaction.

The solicitors, James Michael Ashton, Paul Christopher Grimwood and David Mark Roberts are Directors of Sandersons Solicitors based in Hull. Mr Grimwood and Mr Roberts are also the firm’s COFA and COLP respectively.

In relation to a probate matter, Sandersons was instructed to act for a client in the associated sale of a property. Correspondence between the parties was through email.

An email was sent from the client on 14th October 2014, giving the firm a set of bank account details. Using these details, Sandersons successfully sent the funds to the client on the following day.

The firm then received another email six weeks later. Allegedly from the client, this one requested that money from the property sale should be sent to a different bank account.

Absent of any connection to the client, these new details were in the name of an electrical company.

The firm then received further emails in the following couple of days, all requesting that the funds should be transferred to the new account. These emails seemed to have been sent from the email address of the actual client.

£140,000 was then sent by the fee-earner to the newly specified bank account.

Sandersons had not checked the instructions by contacting the client through alternative means or by validating the account in any other way.

One week later, however, the real client got in touch with the firm to ask about the proceeds of sale. This was when the fraud was finally uncovered. The newly specified bank details are believed to have belonged to fraudsters as opposed to the client.

Although Sandersons forwarded the matter on to their insurers as well as the police, they only contacted the Solicitors Regulation Authority (SRA) a few months later. This was a breach which they later admitted to.

The three partners also acknowledged that they had also breached the regulator’s principles and accounts rules by not making sufficient consumer checks.

Checking who you’re sending funds to is important, but how can you be certain that your client is who they say they are?

Consumer Bank Account Checker is a risk management service from Lawyer Checker, which is specifically designed with handling the issue of “knowing your client”. By using it, law firms are able to take steps towards verifying the bank account details of their client.

Consumer Bank Account Checker is powered by Experian’s consumer database and can be used before any funds are transferred, sending an instant email response back to the fee-earner.

By assisting to validate the source of funds, law firms are able to minimise the risk of mortgage fraud and are given an extra layer of protection – adhering to Principle 10 of the SRA Code of Conduct.

To find out how you can protect your clients’ money in 2017,  click here to sign up for our FREE webinar.