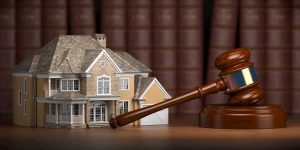 The conveyancing industry felt the full brunt of political and economic uncertainty in the final quarter of 2019, according to the Q4 2019 edition of the Conveyancing Market Tracker from Search Acumen, the property data insight and technology provider.

The flagging industry data can be largely attributed to political indecision and the moveable feast that was the Brexit deadlines in Q4. This negatively impacted homebuyers and property investors alike, by dampening their appetite and delaying purchasing decisions, before post-election clarity and stability emerged at the very end of the year.

The trend left quarterly transaction volumes in Q4 at their lowest since Q2 2017 (210,964) – another period of heightened political uncertainty which saw the UK triggering Article 50 in March 2017, followed by the calling of the previous general election.

A shrinking pool of conveyancers

Smaller firms make a comeback in a dampened market

Q4 unusually saw a rise in the number of firms doing 1-5 transactions per month. There was a 3% quarterly increase in the number of “occasional conveyancers” from 1,629 to 1,678. It is the only segment of the market to experience an increase in comparison to five years ago (by 11%). This may have been influenced by some firms who are typically busier (averaging 5+ transactions a month) experiencing a quieter end to the year than normal.

When broken down in more detail, the spread of transactions across the market points towards a trend of smaller firms coming out on top at the end of the year, in context of a period which saw significantly dampened activity.

The data on collective market share reveals that the top 1,000 firms’ hold on conveyancing activity slipped by five percentage points quarterly (71% vs. 76%) which is the lowest share since Q3 2012 (70%). The remaining firms seized almost 30% market share (29%), which is their biggest contribution of any quarter during 2019 and a five percentage point increase from 24% in Q3 2018. Their share last reached the 30% mark seven years ago in 2012.

However, the very largest firms at the top of the market were somewhat insulated from this trend. Despite fewer transactions in the market, they still saw their share of conveyancing activity increase annually from 5.4% in Q4 2018 to 6.0% in Q4 2019, which is the first time they have broken the 6% marker for two years (since reaching 6.2% in Q4 2017).

“The curtain call for 2019 couldn’t come soon enough for a conveyancing market which was rocked by political peaks and troughs, prompting several indicators to annual or even record lows in Q4. What has come as a surprise is the comeback of smaller conveyancers which gives us hope that the market is not broken from top to bottom, but remains in need of transformation.”

“Despite the market slowdown, property buyers and investors have not made a flight to the top but instead continue to work with smaller conveyancers who bring local, well-honed expertise to the table.

“Given the improved political climate at the very end of 2019, the next challenge for firms will be to ride the likely surge in demand as the backlog of transactions that were put on hold start to be unleashed as consumer and business confidence returns.

“Getting from a verbal agreement to a completed transaction can still be an excessively complex, drawn out and inefficient process – adding financial risk and additional friction to residential and commercial property markets. Despite the promise of increased technology, the user experience often remains poor – for conveyancers and solicitors, as well as their clients – and continues to lag behind the advances seen in other sectors.

“In many cases, the technology itself is here, and for the decade ahead to truly deliver on the promise of industry change, we urge conveyancers big and small to harness available data and upskill in new innovations.”