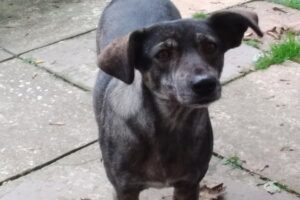 The company has also donated funds to other UK-based charities undertaking work internationally.

The Humanitarian Group Pakistan, which took on the crucial project, was nominated for help by Senior Property Lawyer and Director Sophia Ramzan, Head of Academy Training at Convey Law, who has close family links with the village, Chak 325 GB, Toba Tek Singh.

Sophia put forward the charity when Convey Law staff were asked to nominate deserving charities for donations raised by its clients taking part in the Conveyancing Foundation’s Charity Lotto.

Sophia and her brother, Dr Kasim Ramzan, had already raised £1500 towards the £4500 required to build a sustainable water pump station at the village, where their grandparents lived, but needed to raise the extra funds to make the project a reality.

“The residents of the village previously either got water from the dirty river or – for those that could afford it – from the ground.

“Both water sources are polluted and contaminated with bacteria. This is one of the main reasons for the high levels of hepatitis, cholera and typhoid. With poor access to medical health, this results in higher mortality rates, especially among the younger age group.”

“The funding has now enabled a group of volunteers to clear an area of land in the village, put in water pipes and build a Water Filtration Plant. The plant can filter 100L of clean and hygienic water every hour!

“People are now travelling from up to 20 miles away to come and access clean drinkable water. No one is turned away and no one is charged a penny. Crucially, the project is also sustainable with a local committee formed to retain responsibility for maintaining the plant.”

Convey Law has also donated funds to Labaik Ya Zahra which helps orphans and supports needy students and provides relief from poverty in countries such as Syria and Iraq.

The charity received £1000 after it was nominated for help by Zakieya Ali and Fern Bridgman, who both work in the Post Completion Department at Convey Law.

“The group helps mainly the poor and needy in war-torn countries and shares a vision for the women of today to be educated and independent.

“It is a really noble cause which helps people far less fortunate than us with their basic needs such as clean water and food.

“The money donated by Convey Law enabled Labaik Ya Zahra to prepare food packages for families in Iran to break their daily fasts during Ramadan.”

Animal charity SOS Romanian Rescues South West, who rescue maltreated, neglected and unwanted dogs from Romania and rehome them in the UK, also received a £1000 donation.

Many of the dogs the charity saves have been rescued from the country’s “kill shelters” or the streets and have to be painstakingly nursed back to health.

“Our charity SOS Romanian Rescues South West are so happy and grateful to have been nominated to receive this large amount as we are solely funded by donations.

“This will make an amazing difference to work we can do over the hard winter months in Romania rescuing dogs by providing additional supplies and medication.

“We are also going to be able to spay some of the poor female street dogs who have litter after litter. These dogs will all benefit greatly from the kindness and generosity of Convey Law and the Conveyancing Foundation.”

Convey Law is one of a growing number of companies raising funds for charity through The Conveyancing Foundation’s Charity Lotto where clients of any legal practice or property company can donate a voluntary £10 at the end of their transaction, giving them a chance to win £500 in a monthly draw.

“Charitable giving is very important to us as a company and asking staff to nominate charities is a great way for them to benefit from the funds they have helped to raise through the Charity Lotto by enabling them to choose charities close to their hearts.”

Georgia Davies from The Conveyancing Foundation said the Lotto had helped companies raise close to £900,000 for their chosen charities over the last decade. She said:

“I am really humbled to see some of the funds raised by Convey Law clients make such a big difference to people’s lives across the world.

“The water filtration plant is proving literally lifesaving to the villagers and to the whole region by providing clean water, something which we all take for granted in the UK. We are proud that they have kindly recognised our contribution with a commemorative plaque at the plant.

“I am also delighted to see some of funds raised making a difference to those who need our help in the Middle East and to the desperate dogs helped in Romania.”

“We are very keen to help other legal practices and businesses fundraise for their chosen charities through our Charity Lotto so please do get in touch.”

For more information on Labaik Ya Zahra: https://labaikyazahra.com/