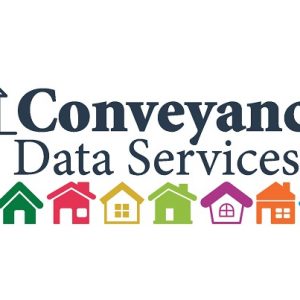 CDS Sales Director, Richard Pickles shares his thoughts on the High Court’s decision regarding Article 50 as well as the implications for the post-referendum economy.

I tried my best to get away from politics in my last monthly ramblings, but feel that recent events warrant at least a small mention! The decision by the High Court that triggering Article 50 requires parliamentary approval, was greeted by some of the most unbelievable outbursts this side of the Trump triumph. The Daily Mail “Enemies of the State” front page being a particular low point.

The Prime Minister had originally stated that there was no reason for a vote and that she would trigger Article 50 and the Brexit process by royal prerogative. The High Court found that the fundamental changes in law required by Brexit must be voted on by Parliament. The Pro-Brexiters are up in arms, but I can’t see that it really makes a huge amount of difference.

Parliament makes the law here in the UK (isn’t that one of the things that we object to about the EU anyway?) and has to vote on changes to the law. Fair enough. I think the concern stems from the apparent voting preferences of MPs based on which side they backed in the run up to Brexit. However, this includes the vast majority of Labour MPs, whose constituencies are in the very areas that voted out. Are these MPs going to vote against the wishes of the people who elected them in the first place (and risk defeat/deselection)? I don’t think so. So, I would confidently expect parliament to support the wishes of the people.

The Brexit negotiations are some of the most complex that this country will ever undertake. Is it not right that the terms are debated? This doesn’t mean that we won’t leave, as has been suggested, just that our terms of exit are discussed by all sides before being agreed. Brexit will still happen, but debate should ensure that a more moderate approach to negotiations will be the order of the day. There will be no ‘hard’ or ‘soft’ Brexit, but a ‘sensible’ Brexit.

In the interim we can work on strengthening our relationships elsewhere in the world. As I write Teresa May is in India to talk about increasing trade between our two countries in a post-Brexit world.

Finally, our economy seems to be holding up better than some suggested. There is still growth, employment levels are steady and whilst we all know a jump in inflation is around the corner (due to weaker Sterling) the Government’s 2% inflation target has not yet been surpassed. The good news from the likes of Nissan is frankly a bonus. Our own market is doing OK as well. Admittedly, it has been held back a bit because of all the uncertainty, but it hasn’t fallen through the floor. This is obviously helped by cheap money and a slower growth in house prices. There is no immediate reason for this to change, unless the lunatics take over the asylum.

What about turnaround times? Last month saw the first fall since the introduction of the revised Con29 and I’m pleased to report that generally there has been a slight improvement again in October. It averages out at just over a quarter of a day, which might not sound great but is welcomed all the same.

Have a good month

The above represents a personal view and does not, in any way, reflect the views of Conveyancing Data Services Ltd.