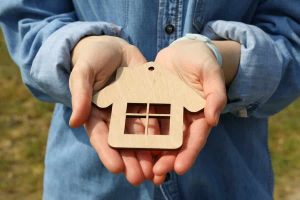 As a result of the events of the last year, more and more people are unsurprisingly considering buying property out of large urban areas, and many have headed to the coast. According to Rightmove, Cornwall has overtaken London this year as the most searched for location on the platform, with Devon and Dorset also high up on the list.

With this in mind, there are some important factors to look into when buying property on the coast. For instance, in many areas in the UK, weather patterns like flooding and erosion are eating away our coastline and impacting the lives of many. According to our data, around 750 properties will be lost to the sea in the short term (the next 20 years), a further 2,000 properties in the medium term (20-50 years), and an additional 5,700 in the long term (50 years+).

An example of this on a small scale is the village of Covehithe in East Suffolk, where it is estimated that within 50-100 years, 800m of the Covehithe coast will be lost, including the 400 year old Saint Andrew’s Church – part of the Benacre National Nature Reserve and Benacre Ness, as well as virtually every single building left in the village.

The Jurassic coastline of Dorset also recently hit the headlines after substantial landslides and rockfall. Two sections of the cliffs have collapsed, one at Thorncombe where following a rockfall new cracks are developing so there is an expectation of further movement and additional rockfalls. The second is at Seatown where a large 300 metre section of the coast has slipped into the sea and which has split the beach into two sections.

Whilst shocking, these examples of coastal erosion will help future purchasers of property in coastal areas. When transacting on any property, it’s vital that correct due diligence should be undertaken by the conveyancer – for example, by ordering searches which could help predict the future of their most prized possessions. According to the Law Society Conveyancing Handbook, the incidence of subsidence or collapse events such as sinkholes is also a growing risk to property. Where property or land is located close to these hazards, it can cause issues such as making it difficult to obtain a mortgage or suitable insurance cover, or even sell the property in the future.

Our top tips when buying a coastal property can be summarised as follows:

• First of all – dont panic – not every coastal area is affected by coastal erosion, with sea defences increasingly becoming a priority in such areas
• Secondly, it’s important for in depth property searches to be carried out, to identify whether further investigation of site-specific ground instability (and other environmental ) risks is required.. This may include having them obtain a report that will cover the risks from nearby environmental and stability hazards.
• Finally, ensure you choose a search report which includes coastal erosion modelled for all scenarios. Some reports fall short, but it’s important to have full visibility of the risks, over the short, medium and long term

Companies like Groundsure offer products such as the GeoRisk report which will help you weigh up the ground stability risks and liability issues that come with the ownership of property potentially affected by these issues. The GeoRisk report also includes clear next steps advice and recommendations to enable the buyer to make the most informed decisions – with confidence.