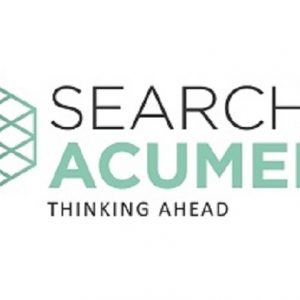 Blockchain. It’s been branded as the future of just about everything and is soon expected to infiltrate all aspects of how we live our lives, from banking to tax returns and voting.

Put simply, Blockchain is a digital ledger shared across multiple networks, not held in one place nor owned by one party. The database is collectively managed by multiple users and constantly synchronised allowing access to real-time data.

You may roll your eyes when you hear the term ‘revolutionary’ used to describe the next big thing in tech, but we truly believe the potential for blockchain within the UK property industry is revolutionary. For decades, the industry and government have sought the silver bullet to expedite the transaction process and remove its inefficiencies – indeed this is Search Acumen’s founding mission.

With the right backing and application, blockchain has the potential to transform the transaction process into one that takes minutes, if not seconds.

Property data is frustratingly fragmented. The search process is a testament to this, where data is held by multiple third parties in inconsistent formats – often offline.

Blockchain would not only necessitate all property data to be digitised – a development that has been a long time coming – but would also consolidate all data onto one shared network.

Instant access to data through blockchain would transform the search process. No more liaising with multiple third parties or chasing them for information and no more snail mail. A blockchain system would also minimise human error as anything could be checked and amended instantly.

Taking this one step further, we could see the introduction of ‘digital identities’ for properties.

Title numbers could be registered on blockchain consolidating all the relevant information needed to process a transaction such as ownership history, planning permission, environmental reports – the list goes on.
Blockchain is an invaluable weapon in the fight against crime and money laundering.

These identities would be updated automatically across the network as soon as an amendment was made. For example, a new planning application submitted for a property could automatically be updated on a title’s digital identity.

Theoretically, digital identities could negate the need for a search process altogether. By consolidating all the relevant data needed within these digital identities, the due diligence process could be completed almost in one click.

Blockchain’s potential is not just limited to the due diligence process. Self-executing ‘smart’ contracts could also be utilised in the completing stages of a property transaction.

Smart contracts would be programmed to complete once in-built terms were met.  A transaction therefore could complete instantly once the buyer transferred the sum agreed for a property to the seller.

The limbo stage at the finish line of the transaction process is often the most frustrating. Particularly with commercial property deals, the contract can be the most complicated and protracted part of the process.

Blockchain could take the pain out of the process by doing away with all the administrative nightmares that come with a paper-based system that hasn’t changed in over a century.

Incorruptible, irreversible and totally traceable. These features of blockchain make it virtually impossible for data to be manipulated for criminal gains.

Once blockchain has been updated, it is impossible for the record to be altered retroactively. Updates to blockchain also leave a breadcrumb trail of what data has been updated, who has updated it and when. In case of potential criminal involvement all the information is there for the authorities to see. In a future with blockchain, criminals have little room to hide in the property sector.

Solicitors and conveyancers are increasingly expected to be on the frontline of fraud. Blockchain is an invaluable weapon in this fight against crime and money laundering.

The future is coming

Blockchain might be the future for Britain’s property market, but for some countries it’s already the present. Georgia, Sweden and Estonia are already transitioning their land registries to this technology and using blockchain to process property transactions.

Things are progressing here too. HM Land Registry (HMLR) is already looking to invest and trial blockchain through its Digital Street initiative. HMLR predicts that adopting this technology will lead to the greatest transformation it has experienced in its 150-year history.

We are aware that most industries are waxing lyrical about blockchain and are predicting it will revolutionise everything from insurance to scientific research. But by their very nature, property transactions have more to gain than most from what this technology can offer. It is early days, but we can only second HMLR’s opinion that the impact of blockchain on the UK property sector will be truly revolutionary.