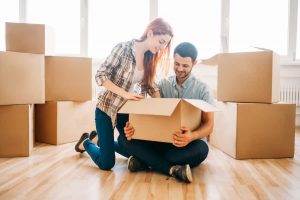 A leading consumer group is calling for the Government to ‘avoid unintended consequences’ of their recent plans to offer a 30% discount on new homes for local first-time buyers.

The Homeowners Alliance (HOA) believes further research and development is needed to avoid ‘First Home Prisoners’ and reductions in investment to other worthy affordable housing schemes.

The First Homes scheme will price the home 30% below market value. This discount will remain with the home so that it can then be passed on to new first-time buyers in the future.

It is hoped that discounted homes will help local people buy in traditionally expensive areas they grew up in that they may otherwise be unable to buy in.

The scheme will mean deposit and mortgage requirements will be lowered, making home ownership more realistic for a lot more buyers.

The average home in England currently priced at £314,000 would become £94,000 cheaper under the First Home scheme with £18,000 being taken off the average 20% deposit expectation.

Whilst originally optimistic about another initiative helping aspiring homeowners to gain a foothold on the property ladder, Paula Higgins and the HOA are concerned that the First Homes scheme is redistributing investment from other affordable housing initiatives rather than increasing investment.

This could mean that the Government are giving with one hand whilst taking away from the other. Worse still, they could be pilfering investment from lower income earners that are in more need.

According to the Homeowners Alliance, the developer contributions used to fund the First Homes scheme are also used to subsidise affordable rent schemes in London.

The consumer group remains concerned that a flag ship, high profile scheme such as First Homes, could leach away at other investments in order to ensure its own success.

The HOA is also concerned about the possibility of ‘First Home Prisoners’ emerging as growing families become unable to afford to take the step up because they lose the 30% discount, need to find more money for a larger home and have the additional burden of stamp duty land tax.

Paula Higgins, Chief Executive of the Homeowners Alliance, stated in a recent letter:

“The devil is always in the detail. We congratulate the Government on taking action to tackle the affordable housing crisis. Their First Homes initiative will entitle local first-time buyers, with a welcome focus on key workers, to 30 per cent off the price of a new build home, funded by developer contributions.

“But these are the same contributions that currently fund affordable rent schemes in London and that’s not right. This new scheme should tackle supply and affordability, but it must not come at the expense of affordable homes for lower income families.

“There is also the sticky problem of what does ‘local’ mean in London. Will those that move to the capital for work not be considered ‘local’? As First Homes will be delivered by councils and by a site by site basis, will this mean Londoners will need to identify themselves as Haringeyers or Streathamens?

“And let’s avoid First Home prisoners – owners desperate to move because of growing families and changing circumstances but who end up stuck because having passed their discount onto their buyer, they find themselves unable to afford the next step on the ladder. We need to avoid unintended consequences of Government intervention.”

“Buying a home locally can be a big consideration for house buyers, but sometimes the prices are simply out-of-reach.

“So the First Homes scheme is a great initiative by the government to fix this problem and we are looking forward to working with them to finalise the details and help house hunters become home owners – in their own neighbourhood.”