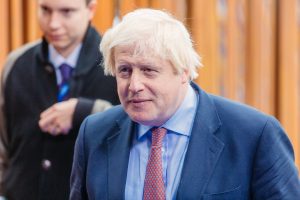 Boris Johnson, front runner of the Conservative leadership race cantered to victory in the end beating rival, Jeremy Hunt, by 92,153 votes to 46,656.

However, winning the nomination will undoubtedly be the easiest part of Johnson’s tenure as Prime Minister as Brexit, economic uncertainty and fulfilling policy pledges will be keeping the Bojo administration busy for the foreseeable future.

Amongst his domestic policies were bold plans to revive a stumbling property market. Johnson pledged to overhaul the current stamp duty land tax (SDLT) thresholds by scrapping SDLT on properties worth less than £500,000.

Currently, only properties priced under £125,000 on all current property owners or a £300,000 threshold for first-time buyers (FTBs) are immune from SDLT. This would mean that the new threshold would almost double the UK’s average property price which is currently £243,639.

It would also mean that, based on current levels, the average price on properties in all areas of the UK would be immune from SDLT; this includes London’s average property price of £484,584 according to the most recent HM Land Registry data.

Boris Johnson also aims to stimulate the more expensive sections of the property market by reversing George Osbourne’s duty increases on homes valued over £1.5 million by reducing the 12% duty to 7%.

As Boris Johnson starts his first day, waking to the hustle inside Number 10, the property market will be eager to see if the pledges are swift in coming to fruition.

“A move to reverse the stamp duty increases put in place by George Osborne, when the top rate increased from seven to 12 per cent would be very good news, particularly for the London market which has been suffering from an onslaught of tax hikes on property since the end of 2014.

“We would welcome a review of current property taxation, particularly the three per cent surcharge and proposed one per cent additional charge on foreign buyers, which has had the effect of pouring glue into the market and resulting in a dramatic fall in the number of transactions happening on an annual basis.

“While Boris does have a fairly good track record when it comes to housing, he’s probably not the steady hand on the tiller that many would have liked. He has put his stake in the ground with a number of announcements around the UK housing market but with his plate already rather full, it’s unlikely that any of these will ever come to fruition.”

“Brexit will be top of Boris Johnson’s to-do list, but other crucial issues facing the domestic agenda must not be overlooked – one of which is the UK property market. Activity in the housing market is falling* and in desperate need of a stimulus. Rumours of a stamp duty overhaul have been circulating for some time now and we urge Johnson to make these rumours a reality and re-galvanise the property market, which is after all a crucial asset of the UK economy.

“For too long stamp duty has stagnated the UK housing market. Last-time buyers in particular remain stuck in homes too large for their needs that are too costly to give up. We’re calling for a last-time buyer exemption to be included as part of Johnson’s stamp duty overhaul, encouraging empty nesters to downsize to homes more suited for their future needs, freeing up crucial housing stock for the wider property ladder.

“With stamp duty receipts down 20% annually, the Government is fast becoming a victim of its own policy. Minimising tax liabilities would encourage more people to move, sparking a chain reaction of property transactions which in turn would lead to a surge in receipts for the government. With both the Treasury and UK homeowners likely to benefit from this policy, it could be a quick political win for Johnson.”

“We welcome Boris Johnson as the UK’s next Prime Minister – and the property sector stands ready to work with his Government, building on the announcement yesterday of a Built Environment Sector Deal.

“We also urge Johnson to bring forward, and get agreement to, proposals for an orderly Brexit. The UK must remain open, with the right conditions for investment and trade, to ensure we remain first choice for global talent as a place to live, study and work.”