What’s the real impact of the leasehold scandal on mortgage applications? 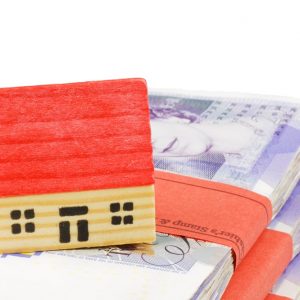 Increasing reports of people having mortgage applications blocked due to rising ground rents show that the leasehold scandal continues to rattle on. However, cases of lender rejection where the annual increase is minimal signals that the repercussions for leaseholders could be more significant than anticipated.

Whilst the issues surrounding leasehold homes have been growing throughout the last decade, they were largely brought to light last year; onerous terms in leasehold agreements meant that tenants were forced to deal with their rent doubling every decade or having to pay extortionate fees to buy out the freehold.

In the wake of the crisis and in a bid to assist leaseholders who had been left with virtually unsellable homes, the Government promised it would phase out the sale of leasehold homes, with residential leaseholds also being confirmed as a project of reform by the Law Commission.

However, whilst steps are being taken to alleviate and potentially eradicate the problems in future, many existing leaseholders are still having to deal with the consequences.

When the extent of the issue began to emerge, lenders became hesitant to accept mortgage applications on properties with growing ground rents. Whilst a number of the big banks have completely banned “doubling clauses” others even object to cases where ground rent rises even by the most modest of amounts.

Estate agent Shanaz Ansari has applied for a mortgage on a Portishead property, where the ground rent rose by £100 per annum and would be capped when it hit £1,000. However, when her application was rejected by NatWest, Ansari was shocked; speaking to the Telegraph she said: I could understand if it was one of the leases where the ground rent was going to hit £20,000, but this will only ever be £1,000. Not only that but the mortgage is only £49,000 on a £350,000 house.”

The application was only approved when the estate agent agreed to take out £80 insurance to cover the risk of her being unable to pay the ground rent cost.

Whilst NatWest declined to comment provide a comment, it did tell Which? that funds would not be released unless the lease terms were deemed “reasonable” by conveyancers and valuers.