Wales enjoyed a property surge at the end of summer 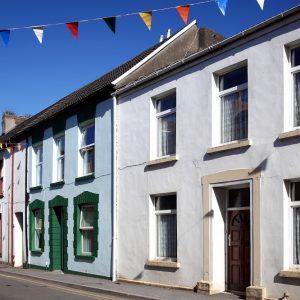 The Welsh property market enjoyed a rush in sales in August and property prices are up, recent figures reveal.

According to the Principality Building Society, despite a slight dip in the second quarter of the year, house prices in Wales have now increased in each month of the last quarter. The market also saw a 3.5% year on year rise, to an average of £176,316. This beats the previous record set in March 2017. First-time buyers and home movers taking advantage of continuing low rates are thought to be behind the positive figures.

The report also details that Wales enjoyed a good start to 2017, with transactions during the first six months higher than at any point over the last few years. The only exception to this was in March 2016, where a surge of property transactions took place ahead of the introduction of the 3% surcharge in stamp duty on second homes and buy to let properties.

While house sales did dip in July 2017 – probably down to a sense of uncertainty following the general election in June – this went against the trend, and sales picked up in August to the highest level in ten years. However, the report has indicated that sales have since fallen back to a lower rate in September 2017.

The report points out that historically low-interest rates and high employment levels remain in place, and that these are both critical factors in the demand for houses.

Commenting on the state of the Welsh market, Tom Denman, Chief Finance Officer of the Principality Building Society said: “We saw a clear bounce back in the housing market across Wales as people continue to take advantage of favourable low interest rates and high employment.”

He went on to add: “‘There are record levels of first time buyers across the UK and it is clear that while areas such as London are seeing a drop in house prices, the Welsh market has been stable. However, sluggish wage growth and the Bank of England’s broad hints that it will increase interest rates in November, means there is still a prevailing sense of caution that the market will continue the modest growth we have seen during the past couple of years.”

Earlier this month, the Welsh Government announced details of the new Welsh Land Transaction Tax. This will see no tax paid on primary properties up to £150,000. The tax has been introduced in a bid to help first-time buyers onto the property ladder. However, for homes that cost between £400,000 and £925,000, the tax will increase up to £17,500, and the report warns that this could result in a slowdown of sales at the higher end of the market.