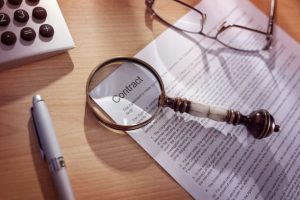 A recent Civil Court ruling could pave the way for increased rights for private tenants.

Following a number of inappropriate messages and threats by Mohammed Azeem, the disgruntled son of a landlord, saw him ordered to pay £1,000 fees in compensation to the tenant in Nottingham. Additionally, he was forced to do 120 hours unpaid work.

Azeem, annoyed that his father’s tenant had struggled to pay their rent on time, had harassed the tenant via What’s App, text messages and social media. As the messages became more threatening, the tenant sought help and the initial conviction was made.

On Tuesday 13th November, the tenant took the case to civil court, supported by Nottingham City Council and Law Centre. Recognising that the tenant was vulnerable and should have been given help as opposed to harassment, The Court awarded £12,500 in damages to compensate the victim. Azeem was also ordered to pay £9,000 to cover the council’s legal costs.

Sally Denton from the Law Centre said: “This was a test case where we were able to work jointly with the City Council who were prosecuting the criminal case and so sets a precedent for further action. In many cases like this, it is difficult to prosecute because tenants are often vulnerable, reluctant to come forward to take on their landlord and may have language barriers or a lack of understanding over their rights.

“We’re pleased that the judge took on board that the sort of behaviour displayed by the landlord in this case is not acceptable, won’t be tolerated and will lead to significant penalties.”

Toby Neal, Portfolio Holder for Community Protection, said: “This case shows that the courts will take the issue of rogue landlords seriously. I hope this helps to send out a clear message to landlords to remind them of their obligations and the penalties they face if they don’t meet them.

“I also hope it will give any tenants in the private rented sector who are facing similar problems the confidence to come forward and tell us about what’s happening so that we can take the appropriate action to resolve the situation.”

As many tenants are often vulnerable and reluctant to come forward for fear of the repercussions, this case may act as the springboard in the future.

Will the tenants Fees Bill lead to greater tenant power? Should more be done to protect tenants from exploitative landlords?