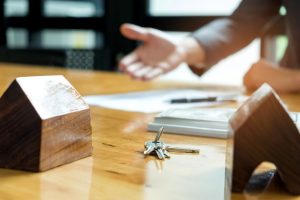 Equity release loans have been an increasingly popular funding method for those in later life.

Lucky home owners that have lived in their property for a significant amount of time have enjoyed huge increases in its value. Those that are property rich but cash poor have taken advantage of the fact that loans do not have to be repaid until the house is sold years later.

Instead, the interest is locked into the property until the user enters long-term care or dies. However, because equity release is considered a long-term investment for the lender, if a home owner needs to make an unexpected sale, they are stung with unreasonable exit fees.

Research, by Money Mail, has highlighted that the same deal could inflict variable exit fees from £125 to an astonishing £23,095. Unfortunately, the exit fee is at the mercy of how the lender calculates and establishes the amount.

Some lenders may offer a fixed fee that will equate to a percentage of the loan which usually reduces as the loan ages. A 5% exit fee in the initial five years of the loan may decrease to 3% thereafter.

Here, the borrower has a clear understanding and worst-case figure if they need to downsize their property or enter long-term care.

Unfortunately, variable rates can swing dramatically in and out of the borrower’s favour as the market changes, making it impossible to establish what the figure will be, even on a daily basis.

Lenders using a variable rate exit fee calculation use a gilts long-term savings rate. These government bond values are often used as they are impartial and considered a fair way to establish the repayment value.

However, if the interest rate falls by as little as 1%, the borrower could face an exit fee of thousands.

Mail Money used a £100,000 Legal and General Flexible Plus Lifetime Mortgage equity release loan with an interest rate of 3.87% to highlight the unjustifiable fluctuations in exit fee charges. If the gilt interest rate fell by 1%, the exit fee would be £23,095.

Even if the gilt price remains the same, the exit fee would cost the borrower over £5,000, whilst an increase in the interest rate of just 0.3% would mean the borrower only pays £125 in the form of an exit fee.

As we enter Brexit uncertainty, it may be a terrible time to exit an equity release deal early. Gilt rates usually rise with a positive economy. However, if the UK economy suffers, the interest rates will fall and exit fees will increase on variable loans.

James Daley, of campaign group Fairer Finance, says: “As is so often the case, the product has been designed to protect the lender first and foremost and not the consumer’s needs and how they might change. I don’t see how fees of up to 25 per cent can be justified. The regulators should be looking at this.”

A spokesman for Aviva says: “We use a method based on UK government bonds (gilts) because they are impartial, transparent and customers will not always have to pay an early repayment charge.”

A spokesman for Legal & General says: “There are pros and cons with both methods of calculating early repayment charges and you should speak to your financial adviser about your needs and plans in retirement.”

Whilst there is a cap of 25% of the loans value on exit fees, such an extortionate figure could leave many vulnerable borrowers, without any choice in the sale of their property, paying unfair and unacceptable fees.

Should there be clearer regulation in place to ensure the exit fees remain reasonable and fair to the borrower? Have you worked with clients that have suffered because of unforeseen complications with their equity release loans?