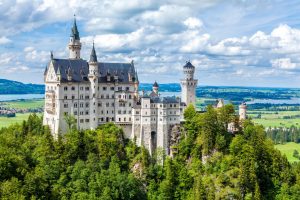 The wife of a millionaire bank owner, jailed for fraud, has been subject to the first Unexplained Wealth Order (UWO) in the UK.

UWOs were introduced to UK law in 2017 following increasing anxieties that the UK housing market is being exploited to facilitate money-laundering on an unprecedented scale.

In fact, the National Crime Agency (NCA) have made the conservative estimate that £90 billion is being laundered through UK housing each year. After being dubbed the money-laundering capital of the world by some campaigners, the NCA have adopted the use of UWOs to combat the issue.

In this case, Mrs A, who cannot be named for legal reasons, has been issued with an UWO following the purchase of an £11.5 million house in 2009 by a company in the British Virgin Islands. The house also had a mortgage, from Barclays Suisse, for £7.5 million.

Having been a chairman for a state owned non-EEA bank for over a decade, Mr A was subsequently accused and convicted of “misappropriation, abuse of office, large-scale fraud and embezzlement.”

Despite claiming that the property and holding company in the British Virgin Islands belonged to Mrs A, it was later discovered that Mr A was the true owner. Because of his illicit myriad of nefarious convictions, the NCA are understandably concerned about how the property was procured and how the money was generated for the purchase; the resulting UWO is the product of their suspicion.

The assets and property will now be frozen until a satisfactory explanation into how the property was purchased can be made.

Although Mrs A had appealed the decision, Mr Justice Supperstone has dismissed it, severely reducing Mrs A’s options. Her legal team now have until Wednesday to lodge a further appeal to extend her anonymity. Unless a detailed explanation is offered, the property could be permanently seized and prosecutions could be made.

Donald Toon, the NCA director for economic crime, said: “I am very pleased that the court dismissed the respondent’s arguments today. This demonstrates that the NCA is absolutely right to ask probing questions about the funds used to purchase prime property.

“We will continue with this case and seek to quickly move others to the high court. We are determined to use the powers available to us to their fullest extent where we have concerns that we cannot determine legitimate sources of wealth.”

Duncan Hames, the director of policy at Transparency International UK, said: “The UK has been long identified as a safe haven for corrupt money and despite successive governments recognising this, money-launderers have continued to hide their ill-gotten gains here.

With the NCA doing more to prevent housing fraud in the future, the threat of anti-money laundering could also deteriorate in the present.

“Only firm enforcement action, as initiated with this case, will make a reality of ministers’ ambitions to create a hostile environment for dirty money in the UK.”

How will the latest legal developments into anti-money laundering impact on the housing market?