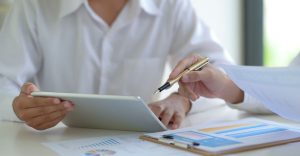 ULS Technology plc (the Group), a provider of online technology platforms for the UK conveyancing and financial intermediary markets have announced its Full Year results for the year leading to the 31st March 2020.

Despite global conditions and the drop in the UK property market, the Group’s revenue impressively was only reduced by less than 6% to £28.3m (FY 2019: £30m).

The Group saw an improved gross margin percentage to 44%, an increase of 2% on the previous year. The cash flow from operating activities also grew to £5m from £4.8m the year before.

Overall, the underlying EBITDA of the Group (before exceptional items and amortisation of tangibles arising on consolidation) was £6m, a drop from £6.3m the year previously.

In the year leading up to 31 March 2020, the Group saw a number of operating highlights, including:

The Group also saw Board changes:

Following the figures released for the Full Year up to 31 March 2020, the Group has also had a number of highlights;

“There is no doubting that this year was one of the most challenging to date with the housing market affected by Brexit and then COVID-19, which is still impacting market conditions. We have been focusing on positioning ourselves for when the market turns and we are delighted to see the rapid increase in ULS instructions as the market has burst back in to life in June.

“Our three key targets this year are to continue growing the number of advisers using our conveyancing comparison platforms, deliver market-leading new products and launch DigitalMove into major new categories of business with long term potential across the home-moving value chain.”