UK Property Transactions Fall By Over A Third 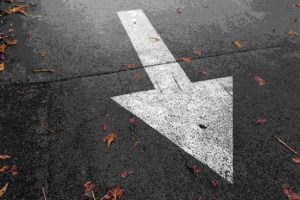 UK property transactions have been shrinking at their most alarming rate in over five years according to recent research.

Property transactions between November 2018 and January 2019 have tumbled by 36% when compared to the averages for this time period that have been taken over the last five years.

The research also indicates that sellers are reluctant to place their properties on the market at such an uncertain time. The 10% market reduction in instructions during this time signifies a five year low point.

Statistics that have been based on the five year average also suggest properties currently under offer have declined by 8%.

The threat of Brexit potentially impacting house prices has also deterred buyers from flocking to the market with figures suggesting a 5% reduction in house viewings on a five year average.

However, recently published figures from HM Revenue and Customs into UK Property Transactions for January indicate that the property market in 2019 is showing more buoyant signs than the Reapit figures suggest.

Andy Sommerville, Director of Search Acumen, comments: “Paralysis continues to grip the property market, with activity remaining flat. First-time buyers are accounting for a significant chunk of the limited market activity, while those few who need to move, despite wider uncertainty, are also helping to keeping the market moving, albeit at a glacial rate.

“The property transaction process in the UK can be slow and inefficient even under the best market conditions, with more than one in four home moves in the UK falling through before completion.* Without a doubt, Brexit is only exacerbating what is already a frustrating process, and we’d be surprised if the fall through rate hasn’t been heightened by political and economic uncertainty as our EU divorce date fast approaches.

“From our close relationships with leading law firms and with public bodies, we know in-roads are being made to transform the process of buying and selling property, whether that’s putting an end to gazumping, streamlining the dreaded ‘chain’ or digitising elements of the legal and mortgage application process. These innovations will be instrumental in helping to develop a market that can be efficient and resilient in the face of significant uncertainty.”

Gary Barker, CEO of Reapit, said: “Although house prices remain reasonably resilient, our research sheds light on the extent to which Brexit uncertainty has affected property transactions in the past three months. Our data reveal that property sales per estate agent have dropped by a third when compared to the long term average.

“The 36% drop in sales represents an unprecedented five year November to January low. It’s doubly concerning for estate agents because seasonally, this is a quieter period for transactions compared to the summer months.

“It’s fair to say that the housing market is holding its breath as we await the Brexit outcome. Nobody wants to risk being on the wrong side of a potential house price crash, so the market sentiment is to wait and see.”

What do these reduced figures, based on a five-year average, suggest for the housing market? What will this mean for conveyancers in the short-term?