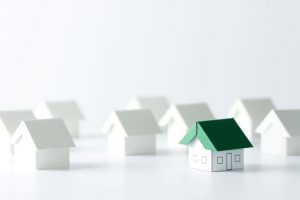 HM Revenue and Customs have released their UK Property Transactions Count for September. Continuing the downward trend in sales, the results hint at an upward trajectory of slight pessimism in the market.

In terms of residential property, there were 99,940 transactions in August. This has decreased to 80,750 for the month of September; a 19.2% reduction from the month previous.

Andy Sommerville, Director at Search Acumen, comments: “Property transactions took a dip at the end of the summer as the property market cooled down in September. After a strong August, activity in UK housing has sunk back down to earth.

“Overall however, transaction figures prove that talk of a housing market crash at the hands of Brexit uncertainty is seemingly overdone. While London continues to suffer from a significant property market freeze, the housing market outside the capital continues to be active. People are ignoring the lack of clarity from the government and are instead pressing ahead with the business of buying and selling homes.

“Looking ahead to next week’s Budget, it would be surprising if the Chancellor didn’t continue his support for first-time buyers who have been a major engine that’s helped keep the UK’s housing market moving through 2018. The entire property sector is hoping for a helping hand to keep what momentum we do have going into 2019.”

Simon Bath, CEO of digital conveyancing platform, When You Move, commented: “The House Price Index shows a north-south divide: housing markets in London and the South-East have slowed, but regional statistics are a lot more positive with East and West Midlands experiencing rapid growth. Having said that, London still remains the most expensive region in the country to purchase a home and therefore, the financial commitment of buying in London can be off-putting for both domestic and international investors and first-time buyers.

“Housing markets in London and the south-east have slowed: prices in London fell 0.7 per cent in the year to June, according to the ONS, coupled with transaction levels in the capital down by 20 per cent year on year. The prices are heftier, the commitment is more taxing, equally, the number of homes being placed on the market for £2m or more was down 25 per cent in the third quarter of 2018 compared with a year before.

“Across the country however, average prices remain on the rise — they increased 3 per cent in the year to June, down from 3.5 per cent a year earlier. The rise was propelled by a rise in regional markets, affected less so by the trends surrounding London and the South East.

“The divide is clear, and its causal factors are intertwined between purchase attitudes in the South reflecting reticence as a result of Brexit, converse confidence in the regions, and of course – overall momentum in the market nationally. For example, if we see more people migrating from the UK to other European countries, or we see more people from non-EU countries migrating to the UK, this is bound to have an effect on the UK property market in 2019.”

Despite the potentially negative reading from the National Statistics data to be published over the last week, there are slithers of a silver lining in the overall annual increase of 39,220 additional property transactions in 2018.

Is this the start of a long-term downturn in the property market? What could this mean for conveyancers?