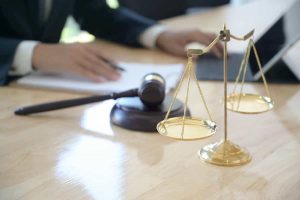 “TheCityUK is the industry-led body representing UK-based financial and related professional services. In the UK, across Europe and globally, we promote policies that drive competitiveness, support job creation and ensure long-term economic growth. The industry contributes 10% of the UK’s total economic output and employs over 2.3 million people, with two thirds of these jobs outside London. It is the largest tax payer, the biggest exporting industry and generates a trade surplus greater than all other net exporting industries combined.”

A Brief Overview of Legal Services 2019

Diversity in the industry

Despite data which shows that of those people employed in the legal industry are almost two thirds female, there is still a large difference when it comes to partners, with only 29% of the partners in the largest 100 UK firms being female and only 22% being equity partners.  Law Society of England and Wales has run a project, ‘Women in Leadership in Law’ to promote gender equality at all levels, making several recommendations.

The number of Black, Asian and Minority Ethnic solicitors has increased to 16.9% of solicitors with practising certificates, continuing the trend of an increasing representation year on year.

In the 2019 Top 75 Social Mobility Employer Index 21 were legal services organisations.   The Index shows the top employers who took the most action to progress talent from all backgrounds.  There has been a movement to address the imbalance of lawyers being most likely to come from privileged backgrounds, with almost a quarter having attended fee paying schools and almost half of those doing corporate law having been privately educated.

International commercial parties frequently use jurisdiction clauses using English law to govern their contracts as the UK has a reputation as the leading centre for international dispute resolution.

London continues to hold its reputation as a leading global centre for international dispute resolution, with over 800 claims issued in 2018,  three quarters of which  involved at least one party abroad and just over half with both parties being based abroad.  Five of the 15 largest Global 100 firms are based in the UK.

The UK is the largest legal services market in Europe, and second in the global rankings, behind the US.  Over 200 foreign law firms operate in the UK.

There has been a 90% increase since 2008 of members of the Bar of England and Wales receiving instructions from abroad.

The UK is now a global hub for LawTech, worth almost £12bn.  Investment in UK LawTech has increased by almost 300% over the past year, with start ups receiving £61m in 2018.

The Financial Times ranked the 50 most innovative law firms in Europe in 2019, finding 6 of the top 10  based in the UK, four of them actually taking the top spots.

The UK government has committed to creating a policy supporting LawTech, and the UK’s LawTech Delivery Panel to identify policies that will support innovation in the legal industry; providing £2m in support.

The Business and Property Courts of England and Wales saw over 19,000 cases, heard in the Rolls Building, London, in 2018, an increase of 8% on the previous year.  The majority involving insolvency and companies.  The court is the biggest business, property and commercial court in the world, with a high international reputation and three quarters of cases being international in nature.

The UK remains the global leader in Alternative Dispute Resolution (ADR), with more cases taking place in London that any other city in the world.    ADR continues to be a popular form of ADR across all sectors, both internationally and for domestic cases, with around 40,000 disputes being resolved in 2018.