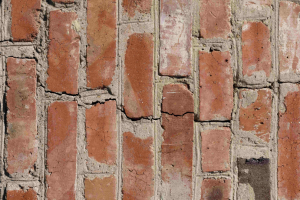 The cracks in the housing market have been splintering and expanding in recent months. Now, 32 million people are in agreement that UK homes are ‘not fit for purpose.’

The HomeOwners Alliance 2019 Annual Survey, completed by over 2,000 members of the public, expressed concerns over the systematic failings in many areas of the housing market including leasehold property, available housing stock and the escalating difficulties faced by those trying to gain a foothold on the housing ladder.

According to the survey, more people are concerned by the current leasehold scandal than at any other point in the survey’s history. 60% of respondents found the leasehold issue to be a serious problem, representing an 18% increase from the 42% holding this stance in 2015.

Amongst the main concerns were the high cost of management fees (26%), unfair service charges (22%) and a lack of control about maintenance works (23%).

More concerning than the plight of a broken leasehold system, was the quality of UK housing stock. In 2018, 57% of respondents viewed the national housing stock to be seriously concerning, this number has increased to 63% in the present.

This number rises further amongst those trapped in generation rent as 69% of respondents viewing the quality of rental accommodation as unacceptable and seriously concerning.

Whilst UK property prices may have reached an affordability ceiling point, increasing prices in recent years have had an adverse effect on those trying to own a property.

91% of respondents believe that getting on the property ladder is a serious problem, despite governmental help for first-time buyers (FTBs). 88% were worried by escalating house prices and 87% claim that saving for a deposit in the current climate is overly difficult.

Those that own property are also discouraged by the current property market with 45% concerned by gazundering and gazumping. As Brexit issues intensify, over 45% of respondents were anxious that falling prices and a buyers’ market will result in negative equity trapping people in their current home.

Paula Higgins, Chief Executive HOA, commented: “People crave more certainty in the housing market – that the price agreed at point of sale will be the price paid. Reservation agreements to be piloted by government should reduce peoples’ concerns over gazunderng and gazumping.

“It is shocking that in a country that is a leading world economy that so many people have serious concerns about the quality of our old and new housing stock, whether they are renting or are owner occupiers. We need more decent housing for more of us.

“The HomeOwners Alliance urges the Government to take action now to abolish the leasehold system. Only last week MPs highlighted the fact that developers, freeholders and managing agents treat homeowners as a source of steady profit.

“As a membership organisation representing homeowners we want to see a better deal. If the Government was really serious about this then they should commit themselves to widespread reform instead of the piecemeal approach they have adopted – making well intentioned announcements with no timetable for action. They can’t hide behind Brexit while homeowners continue being mis-sold leasehold, left trapped in their own homes with rising ground rents and unable to buy the freehold.”

Kim Vernau, Chief Executive Officer, BLP Insurance, said: “The results of this survey cast another dark shadow over a housing industry rife with systematic faults. The Government and the housebuilding industry have come under severe pressure to meet targets and boost housing volumes. This has resulted in a noticeable drop in both the practical design and build quality of new houses, as well as poorly thought through schemes, such Help-to-Buy.

“The government scheme has buoyed the residential sector, keeping prices artificially high, but cracks have started to appear, and its collapse could leave thousands of first time buyers stranded in negative equity. In an already stagnating market, where harmful practices like guzundering are commonplace, poor quality of build and the plausible threat of depreciating asset value are compounding pre-existing caution from potential buyers and investors. To restore confidence in a faltering sector, more emphasis needs to be placed on improving quality of build and resisting short-term populist solutions to our deepening housing crisis.”

Alex Depledge, CEO of Resi.co.uk, commented: ‘Housebuilders keep churning out badly-built boxes. They prioritise profit rather than the living environment. This poorly-designed housing stock is having an increasingly profound effect on the nation’s mental health and productivity. It’s scientifically proven that people respond well to beautiful facades and large windows, which is why Georgian and Victorian properties are so enduringly popular and expensive. But everyone has the right to live in a well-designed property. Solving the issue of poor housing stock would address so many other issues in society.”

How concerning are these issues for the conveyancing sector? Is the government doing enough to improve the housing market?