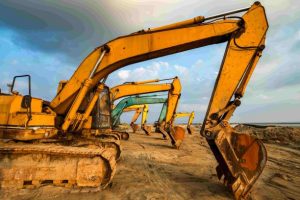 UK construction activity has fallen for the first time in eleven months, according to a recent report.

The IHS Markit/CIPS UK Construction PMI for February found that the UK’s building output for the month was 49.5, down from 50.6 in January.

As 50 marks no change on the index, the most recent figures suggest that construction activity is in decline.

The findings may not be completely negative for the conveyancing sector as residential construction figures have grown for thirteen consecutive months.

Brexit uncertainty had slowed down decision making in commercial property and civil engineering construction, resulting in the overall decline.

Whilst the index measuring business expectations remained positive, the figures were at a four-month low and below the long-run survey average, suggesting that confidence is declining and may create further delays until a definitive Brexit outcome is reached.

Tim Moore, Economics Associate Director at IHS Markit, which compiles the survey: “The UK construction sector moved into decline during February as Brexit anxiety intensified and clients opted to delay decision-making on building projects. Risk aversion in the commercial sub-category has exerted a downward influence on workloads throughout the year so far. This reflects softer business spending on fixed assets such as industrial units, offices and retail space. The fall in commercial work therefore hints at a further slide in domestic business investment during the first quarter, continuing the declines seen in 2018.

“There were also reports that the more fragile housing market confidence has begun to act as a brake on residential work, which adds to signs that house building has lost momentum since the end of last year. This leaves the construction sector increasingly reliant on large-scale infrastructure projects for growth over the year ahead.

“Construction companies pared back their purchasing activity in response to subdued demand in February, but delivery delays for inputs were among the highest seen over the past four years. Survey respondents noted that stockpiling efforts by the UK manufacturing sector had an adverse impact on transport availability and supplier capacity across the construction supply chain.

“On a more positive note, input price inflation held close to January’s two-and-a-half year low. The slowdown in cost pressures from the peaks seen in the first half of 2018 provides a signal that the worst phase has passed for supplier price hikes related to sterling depreciation.”

Duncan Brock, Group Director at the Chartered Institute of Procurement & Supply, commented: “The recent fears over the Brexit-related impacts on the sector were realised this month, as barring the weather related blip in March last year, construction put in its worst performance since September 2017, with the PMI contracting to just below the no-change mark.

“Commercial and civil engineering activity was pushed into the red, as client uncertainty over placing new orders left its mark. This meant the relatively weak residential building sector was the best performer. However, with consumer confidence also waning, housing is likely to follow suit in the coming months.

“The domino effect of stockpiling by other sectors such as manufacturing impacted on supplier performance, as builders competed for dwindling supplies of raw materials, while transportation availability also became a problem, leading to supply chain bottlenecks. This meant that purchasers were subjected to the second longest delivery times since March 2015, affecting work already in-hand.

“On the upside, input price inflation was not as strong compared to the last couple of years and employment creation was modestly maintained in spite of some companies placing a freeze on any new hires. In short, the foundations of the construction sector are crumbling under the weight of Brexit and businesses are switching to survival mode until the way forward is cleared.”

What do these figures suggest for the conveyancing sector? Will residential construction remain positive as the UK moves through perpetual Brexit uncertainty?