Transaction levels virtually unchanged into July according to HMRC 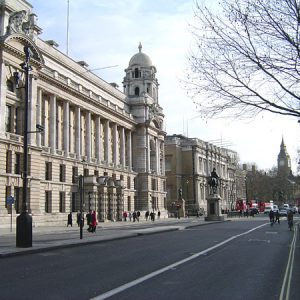 The relative stagnation is reflected in the seasonally adjusted figures, which saw a fall of 0.9%.

While there may be some effects of the SDLT increase on second homes causing house purchases to be brought forward, the relative decrease compared to last year indicates other factors such as the vote to leave the EU may well be more important.

Doug Crawford, CEO of My Home Move however sought to brush off any Brexit connections.

Doug said: “The minimal fall in transaction numbers between June and July shows that the property market largely shook off the short-term uncertainty of the Brexit vote. Following the referendum there was talk that the market would be quickly affected by the outcome, but these fears have been allayed with residential transactions falling by just 0.9% month on month. While transaction levels remain lower than a year ago, this is in the context of a market that is still feeling the effects of changes to Stamp Duty, which led to a frontloaded first quarter.

“Today’s figures reflect our own experiences of the market. Following the referendum the vast majority of purchases went ahead without any issue, and chains were largely unaffected. In the medium term the market will remain stable, and our view is that it is strong enough to weather mild economic uncertainty.

“In the long term, strong fundamentals will continue to support a prosperous housing market. High levels of demand for both rental and owner-occupied accommodation will drive transaction figures upwards, and our recently published forecast predicts the number of property transactions will rise by 20% by 2020.”

Andrew Bridges, Managing Director of Stirling Ackroyd, said: “There’s been a slight stutter in the property markets post-referendum recovery – but it’s no cause for alarm. It’s the usual suspects making moving on to and up the ladder a challenge. Stamp duty is certainly a barrier, alongside the difficulty of deposit-saving for many, and the latest Help to Buy ISA news will do little to inspire hope for London’s first-time buyers.

“In London these problems will sharpen over the next couple of months as lower interest rates encourage buyers to grab a property with a cheaper mortgage, putting those with small deposits at a disadvantage. The only solution to the crisis is to build our way out of the rapid house price inflation we have seen in recent years, and ensure there are enough high quality homes on the market.

“More new homes are being approved in London, but not nearly enough to provide enough homes to soothe demand. Newham rejected 92% of possible new home approvals last quarter, and this approach is unsustainable. People can only move if there are homes to move into and right now London is failing to provide.”

Research by haart estate agents indicates the effects of the Brexit vote on house prices is strongly regional, with areas that voted largely to leave the EU seeing a more positive picture than those who voted to remain.

The demographics of those who voted to leave versus those that voted to remain and which is more likely to try and purchase a house, may determine the overall effect on house prices and transaction levels.

Doncaster, an area which voted 69% for Leave, saw a 25% rise in the number of listings in the weeks since the referendum result. Meanwhile in nearby Barnsley, which voted 68% to Leave, the number of sales falling through dropped by 39% after the Brexit result was revealed.

Bristol, an area which voted 62% for Remain, saw a decline in activity across all three haart branches in the city. Southville branch saw a drop in registrations of 54% following the referendum, while Fishponds branch saw activity fall by 26% and Shirehampton was down by 22%. Registrations in Bristol as a whole were down by 34%. Across the city there was a 42% increase in the number of abandoned sales.

haart’s most recent data showed in July, London as a whole saw a 5.6% fall in prices, the equivalent of over £30,000 off the average property value, which now stands at £527,349, as the city bares the worst of the post-Brexit uncertainty. Nationally, prices have been more stable in the past month, down just 0.9% across England, and now sitting at an average of £233,254. Across London the number of sales was also down 16% in July, while new buyer viewings were down 3.3%. However across London branches, haart data suggests that pro-Leave areas are performing better than areas which voted Remain.

Paul Smith, CEO of haart estate agents, said: “It’s clear that the ‘winners’ of the EU referendum are feeling much more confident about the future of the property market than those who voted Remain. The doom and gloom of the campaign has obviously had a lasting impact on how Remain voters feel about the economy and the property market, while Leave voters are much more relaxed. The areas that had the strongest Leave vote are even seeing a small surge in activity.

“The reality is that we have a property market heavily driven by sentiment, and it’s the confident Leavers who are currently keeping the market afloat. If the government can continue to provide a strong vision for the UK’s post-Brexit future and a clear timetable for an EU exit, greater stability and confidence will follow, which might reassure Remainers. However if they can’t be convinced we could see the market and wider economy flat-lining for some time. Nevertheless the fundamentals of the residential market are strong, with people more determined than ever to get on to and move up the ladder, so we have every reason to be confident. When it comes to Brexit, it seems the only thing we have to fear is fear itself.”