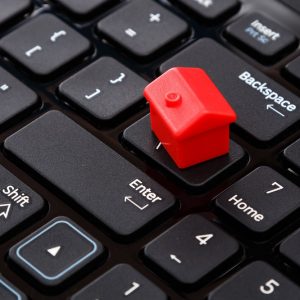 The marketing of HM Land Registry’s (HMLR) local land charges project has been strongly criticized by a trade body.

The Council of Property Search Organisations (CoPSO) has scrutinised HMLR for potentially misleading conveyancers in the introduction of its centralized Land Charges Service, set to be rolled out over the next three years.

CoPSO states that whilst it is in support of digitizing property information, the initial publicity material from HMLR – which appeared to claim that conveyancing lawyers could just source an ‘official’ search direct from the Registry and that the fee was £15 – was misleading.

The trade body state that this is due to a number of factors, the first being that in the communications, the terms ‘official’ and ‘personal’ only refer to the LLC1 as opposed to the full search. This is despite the fact that the market uses them in this latter sense.

Further, CoPSO state that even though the Registry can supply the LLC1 for this price, the ‘official’ search is also available from search agents.

In addition, the trade body claimed that the wider information – which forms the full CON29 search – will still need to be procured from the Council themselves or a search agent.

CoPSO has requested that the marketing materials and publicity should be withdrawn, also asking the Chief Executive and Chief Land Registrar at the Registry to consult with the industry prior to issuing any further communications in regard to the project.

Chairman of CoPSO, James Sherwood-Rogers said: ‘CoPSO is a strong supporter of digitised property information. We have been a member of the External Advisory Group set up to help HMLR deliver the LLC1 centralisation since its inception over three years ago and, together with its members, has provided a considerable amount of data and support with the project.

‘It is therefore very unfortunate that HMLR have launched a campaign that doesn’t use the right terminology, gives a confusing message, does not provide the proper advice, and fails to make it clear that the vast majority of conveyancers need not change how they order searches. Our members and other trade bodies are already dealing with enquiries as a result.

‘CoPSO members are by far HMLR’s largest customer group, because over 80% of searches are sourced through our members, who provide both personal and council CON29 searches. HMLR’s key role should be providing clear and unbiased advice to conveyancers, not hard sell in direct competition to existing services. Given that their business case requires them to sell a significant volume of £15 reports, despite the information remaining free at source, it appears to be a campaign to gain market share against search agents, rather than effectively communicate the changes that are happening’.

An HM Land Registry Spokesperson said: “The terms “personal searches” and “official searches” are those used within the legislation that govern the provision of these services and our communication strategy reflects our legislative duty to inform all relevant parties of the revised arrangements.

“HM Land Registry is assuming statutory responsibility for the Local Land Charges Register from the local authorities in England. As a non-ministerial department, we do not seek to influence which channel customers use to access the local land charges service.