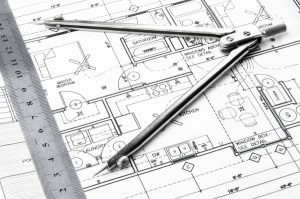 A national housing audit suggests that the majority of new build developments and homes are poor or mediocre.

Unfortunately, the vast majority of developments were lacking in at least one of these vital criteria.

The report, commissioned in the summer of 2019, was the first since the Government’s former architecture quango, Cabe, conducted similar reports in 2007.

Only 26% of new schemes and developments were considered good or very good. Whilst this increased from 18% in 2007, it highlights the difficulty in producing consistently good developments.

It found a fifth of new developments to be ‘poor’ or ‘very poor’. Promisingly, this has fallen from 29% a decade earlier.

Unfortunately, the report concludes that 74% of schemes were either mediocre or poor. This compares to 82% in 2007.

The report suggested area affluence to be a determining factor in well designed developments.

Persimmon were accused of putting profit above customer satisfaction and homeowner needs in recent years.

The company attribute this loss in revenue to a 4% reduction in new home completions last year.

The 15,855 new home legal completions were said to be down on previous years in order for Persimmon to address some of the criticism of the quality of its homes.

The audit concludes that the Government need to encourage higher-density development, encourage the highways authority to take a broader view of their role in creating places and instruct the Planning Inspectorate to recommend refusing poorly designed developments on appeal.

“Research has consistently shown that high-quality design makes new residential developments more acceptable to local communities and delivers huge social, economic and environmental value to all, yet we are still failing in this regard across England.

“Planning authorities are under pressure to deliver new homes and are therefore prioritising numbers in the short-term over the long-term negative impacts of bad design. At the same time, housebuilders have little incentive to improve when their designs continue to pass through the planning system. Some highways authorities, meanwhile, do not even recognise their role in creating a sense of place for communities.”

“Today’s report shows the impacts of thirty years of market consolidation, which has squeezed out the small builder. SME house builders have to compete on quality rather than volume, so it is hardly surprising that a broken housing market dominated by a handful of major developers is failing to deliver what homeowners want and need.”

“To get SME builders back into the housing market we need to tackle the barriers of land supply, access to finance and a simpler planning system. Greater diversity in our housing market will not only help deliver better quality homes, but happier people as recent FMB research shows that homeowners are twice as likely to be ‘very satisfied’ with the quality of their new build home if it is built by a small builder than one of the top 20 firms.”