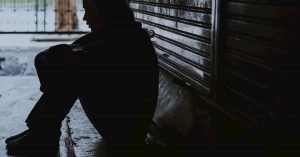 Over a third of all people who appealed to their local authorities about a need for housing are either still homeless or have become homeless due to a worrying lack of council housing.

The housing charity Crisis has called for the government to ensure more social housing is available after a report of over 984 surveys and 89 comprehensive interviews found that 38 per cent of those looking for housing support have found themselves homeless since the Homeless Reduction Act (HRA) was introduced in 2017.

The report also claims that 90,000 new social homes need building over the next 15 years in order to help support and provide accommodation for the cheapest third of rents.

Whilst three quarters of respondents believe their local housing teams were sensitive in handling their cases, the charity believes more should be done to stem the flow of preventable homelessness.

The government are helping to combat this issue by pledging £643 million in the forthcoming budget with £237 million funding new accommodation projects.

“It’s deeply distressing that, across England, councils are being forced to leave the people they are trying to help on the streets or drifting from sofa to sofa – all because they cannot find somewhere safe and affordable for them to live.

“The HRA has made some good progress in preventing people from becoming homeless, but it’s worrying to see that it’s being constrained by a chronic lack of housing and cuts to housing benefit.

“The HRA can be at the heart of ending homelessness for good, as this report shows, but this is only possible if councils are properly resourced and have the tools, they need to help people leave homelessness behind for good.

“It’s vital that the government gets to grips with the root causes pushing people into homelessness in the first place, this means ensuring more social homes are built across the country and that housing benefit is restored to truly cover the cost of rent.

“Only when these measures are in place will we be able to unleash the full potential of the HRA.”