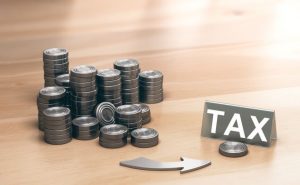 According to the independent thinktank, Resolution Foundation, the government could save the UK economy £7 billion per year by 2022 through reforming a number of wealth taxes.

The thinktank claims that funding our ageing welfare state will cost £36 billion a year by 2030 and £84 billion a decade later. It further claims that making these funding changes without raising the current basic rate of income tax from 20p to 39p will require a fundamental reappraisal of the current taxation system.

One of the suggestions is for the government to remove what it calls expensive wealth subsidies. In particular, it argues that government Help to Buy schemes only benefit those wealthy enough to make the necessary savings. Scrapping these ISA incentives will save £1 billion per year by 2022.

The Resolution Foundation report, How wealth taxes can raise billions more without scaring any horses, commented: “A government serious about saving money to address the welfare state challenges of the coming decades in a fair way would certainly look at the Lifetime ISA and Help to Buy ISA (together projected to cost around £1 billion a year by 2022-23).

“These allow young people with the means (including some Resolution Foundation staff) to get up to £1,000 of cash from the government each year, through a kind of reverse means-testing – the support only goes to those lucky enough to already have quite a bit to save.

“While the objectives of elements of these schemes (such as encouraging youth home ownership) can be desirable, the reality of their operation is absurdly generous and mistargeted. They should be scrapped.”

Furthermore, the report claims that by 2021, a person will be able to pass on up to £1 million without paying inheritance tax. Capping the threshold at this number instead of increasing with inflation would raise an additional £200 million in increased inheritance by 2022.

The report also advises the government to tighten up on the many wealthy estates acquire land in order to exploit agricultural loopholes to evade inheritance tax. The report highlights that a more rigorous ‘farmer test’ for estates claiming agricultural relief will improve the coffers by £1.2 billion per year.

The Resolution Foundation report, How wealth taxes can raise billions more without scaring any horses, commented “Tightening hugely abused agricultural and business property reliefs, which together cost £1.2 billion a year, is long overdue.

“For example, a ‘farmer test’ could be introduced to ensure agricultural relief concentrates on helping small family owned farms rather than allowing the very richest to dodge inheritance tax by simply buying land; or the minimum ownership periods for both reliefs could be increased to make avoidance harder.”

One of the five ideas looked at creating a more sustainable pension system that does not allow retirees to use a pension loophole to avoid inheritance tax.

The report believes that pensions should not avoid inheritance tax if they are passed on. This current system actually encourages people to use their other assets to live off in their retirement as opposed to using their pension pots.

In reference to pensions the Resolution Foundation report states: “The current ability to take over £250,000 tax free is worth up to £119,000 to an additional rate taxpayer, £105,000 to a higher rate payer, £53,000 to a basic rate payer and nothing to lower income pensioners who’d be below the personal allowance each year anyway. That’s very generous, very regressive, and a strange incentive not to stagger your retirement income.

“Capping the tax-free lump sum at £40,000 would raise £2 billion a year while leaving three quarters of future pensioners unaffected.”

Do these approaches wealth taxes sound feasible? Would they adversely affect the way people plan for their future?