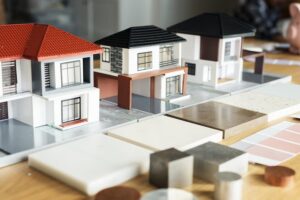 Housebuilder Taylor Wimpey has announced it will no longer subject leaseholders to ground rents that double every 10 years following an investigation by the Competition and Markets Authority (CMA).

Following action launched by the CMA in 2020 against four housing developers, Taylor Wimpey, Countryside, Barratt Developments and Persimmon Homes, over possible mis-selling and use of unfair contract terms, Taylor Wimpey has voluntarily announced that it will remove the terms from leasehold contracts.

“We are pleased that today’s voluntary undertakings will draw this issue to a full close, within our original financial provision.”

Taylor Wimpey originally proposed to replace the increasing ground rent contracts with rises in line with RPI inflation increases, but were prevented by the CMA who deemed it unfair practice.

CMA chief executive Andrea Coscelli commented that the news was “a huge step forward” and described the ground rent increases as “totally unwarranted obligations that lead to people being trapped in their homes, struggling to sell or obtain a mortgage“.

“Other developers and freehold investors should now do the right thing for homeowners and remove these problematic clauses from their contracts. If they refuse, we stand ready to step in and take further action – through the courts if necessary“, he added.

Jonathan Frankel, a leasehold enfranchisement specialist and partner at Cavendish Legal Group, said of the voluntary commitment from Taylor Wimpey:

“It is good to see another housebuilder taking action after the unfairness of the current system was highlighted by the Competition and Markets Authority, and the National Leasehold Campaign.

Hopefully in 2022 we will see more housebuilders following suit and announcing that leaseholders who had purchased properties from them will no longer be subject to ground rents that double every 10 years.

However, while this announcement from Taylor Wimpey and similar ones earlier in the year from Persimmon, Aviva and Countryside are very welcome, the broader issue of the flawed system of ground rents still needs to be properly addressed.

We are being contacted by an increasing number of leaseholders seeking advice about unfair ground rents, which are not only onerous but also make it difficult for them to sell their properties.”

The news comes as MPs backed proposals for “one peppercorn” ground rents for new builds to be introduced as part of the Leasehold Reform Bill earlier this month, but comments Frankel, “The Leasehold (Ground Rent) Reform Bill that is presently going through Parliament will ensure that new leases granted will not have the problem of rising ground rents. Unfortunately, it will not tackle the issue of rising ground rents on existing leaseholds, leaving homeowners with such leases in a state of limbo unless they take action themselves by seeking a legal solution”.

The CMA is continuing to investigate Barratt Developments on the matter, whereas Countryside and Persimmon have now agreed to make changes.

In addition the CMA is investigating investment groups, Brigante Properties and Abacus Land and Adriatic Land regarding the removal of doubling ground rent terms from their contracts.