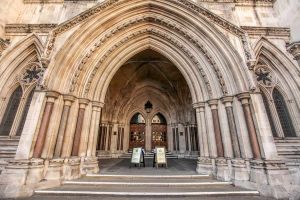 A Surrey law firm has admitted liability to property negligence and is ordered to pay more than £800,000.

The error resulted in the firm paying damages for negligence after omitting to inform their client, who thought he was purchasing the whole property, had actually only owned part of it and the rest had been kept by the seller.

The failure by the firm was only found out by Vincent Maloney when he tried to sell the property many years later.

From around 1997 until 2006 Mr Maloney was employed by Budgens Stores Limited (“Budgens”) who owned many stores. In those years, Mr Maloney was appointed Sales Director and Budgens was acquired by Musgrave Limited (Musgrave). Musgrave decided that Budgens would become purely a wholesale business, some 20 of those stores were sold to large supermarket operators, and the rest to independent retailers. Mr Maloney continued in his role managing the Budgens stores until all the stores were sold.

Mr Maloney purchased the Budgens store in Ascot in September 2006 for £2.1m but later discovered in 2017 that the whole of the land was not purchased. So in 2018 he had to pay £800,000 for the rest of it so he could sell the whole property.

It transpired the firm had made an error when recording the purchase price of the property. It was recorded as £642,700 but should have been £1,642,700 on the stamp duty land tax form, which meant Mr Maloney underpaid by £40,000.

Furthermore, the Ascot store title deeds comprised a store with a car park behind and part of the accessway from the car park to the public highway. In 2006,  the firm sent Mr Maloney a letter enclosing a copy plan, asking Mr Maloney to confirm that as far as he was aware this plan accurately showed the extent of the property which he was purchasing. Mr Maloney confirmed it was correct and he was purchasing the whole of the property comprised in the title deeds.

In a matter of days before the trial commenced, the firm admitted negligence after failing to advise Mr Maloney that an area of land was to be retained and he had not in fact bought it and for the purchase price error.

More details on the case can be read here.