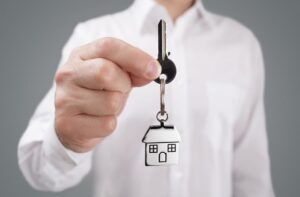 A BBC investigation has uncovered how a homeowner’s identity was stolen resulting in his property being sold with the perpetrator pocketing the £131,000 proceeds of sale.

Talking to BBC Radio 4’s “Your and Yours” the Reverend Mike Hall explained how he was working away and had been alerted to the fraud by neighbours who contacted him to say that someone was in his house. Rev Hall explains what happens when he attended the property…

“I pushed him to one side and got in the property. I really didn’t know what he was doing there.

“The shock of seeing the house completely stripped of furniture; all furnishings, carpet, curtains – everything – was out of the property.”

The house was undergoing renovation and the builder advised he was working for the owner. Rev Hall responded saying “I haven’t sold the house. This is still my property.”

After Rev Hall contacted the police the builder contacted the new owner’s father who attended the property, advising he had bought the terraced house in July.

The Land Registry title confirmed the details of the new owner:

“We then tried to access the Land Registry documentation online to find out whose name appeared… and it is, in fact, as of 4 August, this man’s name.”

“At that point the police said, ‘Well, there’s nothing further we can do here. This is a civil matter; you need to leave the house and contact your solicitors.'”

“I was shocked – having seen the house in the state it was, I was in a bit of a state of shock anyway – but then to be told by the police they didn’t believe a criminal offence had been committed here was just unbelievable.”

Bedfordshire Police’s fraud squad has begun investigation. but a spokeswoman said there had been no arrests. Details of the firm involved have not been released but commented that while there was an ongoing police investigation it was inappropriate to comment further. “We will continue to co-operate with the police, and comply with our professional obligations,” said the firm.

This type of fraud, which is all too often reported, highlights the failure to conduct appropriate due diligence on clients. Both estate agents and property practitioners should be conducting thorough, risk assessed verification measures on clients to confirm identity and beneficial ownership.

A recent review by the SRA identified the number one area of AML non-compliance is not having a proper risk assessment in place for AML matters. Work is currently underway to create a “digital identity trust framework;” a government backed standard to which all identity providers should adhere. The trust scheme, called MyIdentity, is set to become the central hub for consumers, to help them prove who they are once only in a secure digital way. Under the scheme, home buyers and sellers will no longer be repeatedly asked to give their details to all the parties involved in the chain of transactions. The move means quicker completions and more control over how they share their identity details and who they share their identity details with.