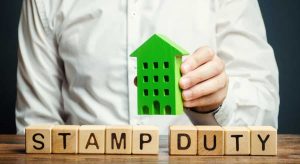 A Stamp Duty Land Tax (SDLT) petition launched last month which requires the current SDLT holiday to be triggered upon exchange of contracts rather than completion now has the attention of the Government.

The petition, which was first launched in April by Christopher Holland, a senior offshore surveyor at UTEC NCS Survey, has now reached over 10,000, signatories which means the Government will be required to respond.

After reaching the required 10,000 signatures, Holland is excited about the petition’s support, He said:

“Stamp duty is gaining a lot of traction in the media, especially as we approach the end of June.”

Hoping the petition is taken seriously by the Government, Holland believes it has real benefits for new-build buyers and those who plan to exchange contracts in the near future.

“In order to raise awareness I’ve set up a twitter account @stampdutyhol. I’ve also been out leafleting across areas of the North East, Blaydon, Gateshead, Newcastle etc, mainly hitting houses for sale and estate agents. From those I spoken to, it’s been well received.”

You can add your signature to the petition here.