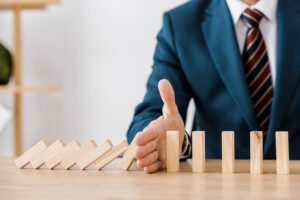 Solicitors Regulation Authority (SRA) leaders have commented they have no plans to reform the indemnity insurance market.

Delegates at the SRA’s recent compliance conference raised the issue of increasing premiums, saying that price hikes will inevitably affect the survival of many firms. But despite concerns the SRA has signalled it is unwilling to step in.

Chief executive of the SRA, Paul Philip, told delegates that firms would “have to take the rough with the smooth“, saying that despite rising premiums, insurers would argue that firms have been paying well below market rates for years.

Acknowledging that costs had increased, Philip said that firms had not collapsed as a result, and that the intervention of the SRA is unnecessary:

“Last year there was the same [number] of people closing because of not getting insurance and this year was even less … there is no doubt people can get indemnity insurance. The real question is when [a regulator would] attempt to intervene and think about changing the minimum terms and conditions. It is only when we see market failure.”

“All the evidence, as opposed to anecdote, is that insurance premiums are going up and it is probably hitting profitability, but we would only intervene if we saw so much market failure [and] if it imposed on our regulatory objectives such as access to justice”

“The Legal Services Act 2007 was brought into force to encourage competition in the legal market and reduce hourly rate fees for consumers. But with the persistent increases in PII and the refusal of the SRA to intervene and assist their members and the consumer, the aim of the act has been eroded. If this trend continues only the larger practices will be able to continue to trade and the real consumers will not be able to afford to obtain access to qualified legal advice.”

A Law Society of England and Wales spokesperson said,

“it would be a mistake to look at the immediate problems presented to the profession by the hard market and respond by radically overhauling solicitors’ PII”.

“While there are adverse conditions in the insurance market at this time, and we understand that it is causing difficulty for some members, the protections provided by the SRA’s current minimum terms and conditions are considerable, and there is little evidence to suggest that reducing protections would lead to any substantial reduction in the cost of insurance.

We welcome the SRA’s commitment to retaining the current protections for PII, but we remain deeply concerned about their recent proposal to remove vital long-term indemnity cover for consumers by ending SIF and removing post six-year run-off cover“,