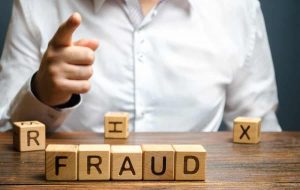 Two directors of the firm Mayland Porter have been fined £10,000 and £5,001 respectively, after failing to adequately oversee the activities of a bogus solicitor alleged to have carried out £3.3m in property fraud.

The Solicitors Regulation Authority (SRA) fined Darren Fazackerley and Meenan Goyal in relation to conveyancing frauds taking place in the London branch of Mayland Porter Limited. It stated that although neither respondent was aware of fraudulent activity, they had in fact breached the professional standards of the SRA by failing to carry out their managerial responsibilities. Fazackerley, who was also the compliance officer for finance and administration for the London branch of Mayland Porter, was not able to access bank accounts, it was found.

The regulator stated that: “it is clear…that a review of the files and accounts of the London office could have identified indicators of fraudulent activity.”

Both Fazackerley and Goyal were directors of the business at the time, although based elsewhere in the country. The fraudulent activity was discovered following reports from solicitors on the other side of transactions handled by the London office which was promptly self-reported by the directors to the SRA in August 2017. The firm has since been wound down.

According to a regulatory settlement agreement, Mayland Porter initially operated from a branch located in Ipswich, with a further branch being opened in London in June 2017 by an undisclosed  director/manager, who has since been anonymised by the SRA.

This undisclosed director/manager then recruited a solicitor (also undisclosed and anonymised by the SRA), to work in the London office on conveyancing matters. This person was in fact impersonating a solicitor.

The SRA stated that the undisclosed director/manager opened separate bank accounts for the London office, which Fazackerley could not access, and subsequently carried out conveyancing frauds to the value of £3.3m using forged correspondence and false statements.

Neither of the anonymous parties can be presently located, with the director/manager thought to have “absconded”.

Both Fazackerley and Goyal admitted that they failed to exercise adequate oversight of the firm’s operations and bank accounts to prevent the firm becoming involved in fraudulent activity.

Fazackerley and Goyal were ordered to pay costs of £4,625 in addition to fines.