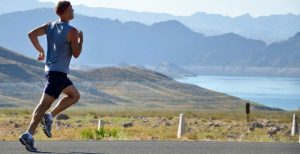 Solicitors at Coffin Mew are taking part in a physical endurance event to celebrate the legacy of their sports-loving outgoing chairman Nick Gross. To mark Nick’s 34 years at the firm, solicitors will complete ‘The Gross Challenge’ on Sunday 22 April, each facing their own fitness challenge with the theme of the number 34.

Chairman and corporate partner Nick dedicated his career to Coffin Mew’s ongoing success, having joined the firm as a trainee in September 1983. He was instrumental in the firm’s merger with Charles Lucas and Marshall last year.

Six teams of solicitors will face the finale of the challenge in the breath-taking grounds of Lakeside North Harbour, Portsmouth. Nick himself, who has a sporting background, will be running 15k as the head of team one. The incoming chairman of Coffin Mew, Nick Leavey, will also be leading a team and completing a 15k run in honour of his predecessor.

Liz Cheaney, director of HR and communication, has been undertaking the mammoth task of completing back-to-back 5k runs – she will face her 34th and final run of 10k on the day of ‘The Gross Challenge’.

Members of the New Homes team have challenged themselves to walk the equivalent of the distance between London and New York in the 34 days leading up to the event. They will also be completing their final steps on 22 April.

Nick Gross commented, “I can hardly believe that 34 years have gone by. My time at Coffin Mew has seen the world, the legal industry, and of course, the firm itself undergo almost unbelievable changes.

“It fills me with pride that so many of my former colleagues have united for ‘The Gross Challenge’. Producing and taking part in a sporting event is no mean feat, I am honoured and humbled by the sheer effort that everyone has put into celebrating my career.”

After completing the challenge, the solicitors turned athletes will enjoy a hog roast in Lakeside’s Winter Gardens. There will also be a ‘fun run’ event for children that will combine the disciplines of the egg-and-spoon and three-legged races.

Coffin Mew CEO Miles Brown said “Working alongside Nick Gross has been an absolute privilege and his contribution to the firm has been outstanding.

“’The Gross Challenge’ is our way of putting the cherry on top of Nick’s legacy, as it were, by participating in something that he is truly passionate about. We wish him a very happy retirement and look forward to trying to keep up with him on the 22nd!”