Solicitor Struck Off After Committing Fraud 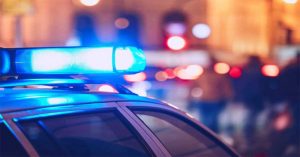 Mbolokele Nsimba has been struck off the solicitor’s roll and ordered to pay £33,200 in costs after “consciously closing his eyes” to the activities of people he knew were fraudsters aiding them in completing £5.74m in conveyancing fraud.

Mr Nsimba agreed to buy a law firm which was “purchased from the outset as a vehicle for fraud” aiding criminals in their malicious acts.

At the Solicitors Disciplinary Tribunal (SDT), it was said that Mr Nsimba was “motivated by the lure of substantial personal financial gain” after he admitted to transferring £5.74m to third parties that he received as part of conveyancing transactions.

Mr Nsimba, an immigration solicitor, who had no experience of conveyancing admitted all of the allegations made against him by the Solicitors Regulation Authority (SRA), except one. He disputed the fact that he’d been dishonest.

Mr Nsimba originally ran his own immigration solicitor firm from 2016-2018. However, in 2017 he made an agreement with ‘Ms CD’ to purchase another law firm called Cadem Hope Limited. Upon purchasing the firm for £10,000 Mr Nsimba became manager and director of the firm.

After becoming suspicious of multiple transactions in which she suspected attempted fraud had taken place, Ms CD left the firm and informed the SRA. She believed that the firm’s seller clients were not the genuine owners of the properties they were purporting to sell.

In this instance, the buyers received their money back. Following the departure of Ms CD further ‘concerning’ transactions occurred.

During the SRA’s investigation they found that 10 conveyancing transactions took place. An “unidentifiable receipt” was also recovered which was to the tune of £487,000. All of these funds were transferred to third party bank accounts; however a £20,500 balance was left in the firm’s account.

In October 2017, Mr Nsimba said he was approached by a gentleman who purported to be a mortgage advisor and asked Mr Nsimba if he wanted to run a conveyancing firm with him.

When Mr Nsimba declared he had no experience in conveyancing as his background was in immigration law, he was then introduced to two other parties who he was told had the necessary conveyancing experience.

In May 2018, a fourth person was brought into the mix and was added as a signatory to the account. Mr Nsimba believed that this fourth person was a solicitor, but following an SRA investigation, this was established to be false.

Mr Nsimba then went on holiday. It was during this time that the remaining finances in the firm’s account were transferred to third parties.

Shortly after the final transaction took place, the gentlemen up and left, leaving the firm to fall into wrack and ruin. Before they left they had removed all of the paperwork. This resulted in the SRA failing to recover and accounting records during their investigation.

In 2018 the SRA closed down Cadem Hope Limited and Mr Nsimba’s original firm.

“The inescapable conclusion was that he had consciously closed his eyes to the activities of the individuals which he knew to be fraudulent and he had failed to ask the questions any honest solicitor would have asked.

“The firm had not been hijacked by fraudsters but had been purchased from the outset as a vehicle for fraud.”