Solicitor who falsified QC’s opinion and bank statements struck off 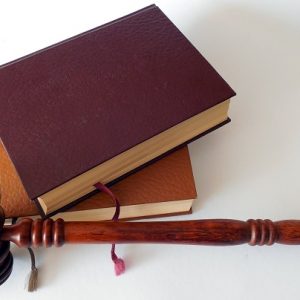 A solicitor who took hundreds of thousands of pounds of clients’ money has been struck off.

Andrew John Davies had forged an array of documents such as bank statements and forged the opinion of a leading counsel in order to cover his tracks.

It was also discovered by the Solicitors Disciplinary Tribunal (SDT) that payments meant to be personally made by him to beneficiaries under the will of his late law firm partner, had been paid using client funds.

His conduct was only obstructed when the Solicitor’s Regulation Authority (SRA) was contacted by RBS. They reported that, due to two suspicious transfers made to Mr Davies’ personal account from the client account, the office and client accounts of the firm had been frozen.

Mr Davies had been admitted in 2008 and became a partner at Robert Meaton & Co firm in Manchester from May of the following year. He then became the senior and sole equity partner from December 2012, when Mr Meaton passed away, until the SRA’s closure of the firm in 2014. They had discovered a sum of £833,450 to be absent from the client account, none of which had been repaid.

Fictitious user IDs had been created on the systems of the firm according to the SDT in order to compensate his own personal bank account with the mortgage monies of clients.  He also improperly transferred funds from the client to the office account.

As well as lying to the SRA and RBS, the tribunal found that Mr Davies had also lied when claiming the accounts of the firm had been hacked.

The SDT stated: “If the public were aware that a solicitor had taken client money, had not followed their clients instructions and had lied to the bank and regulator, there was an irresistible inference that the public would conclude that the solicitor had not behaved in a way that maintained the trust the public placed in that solicitor and in the provision of legal services.”

It went on to note that Mr Davies had attempted to prove to that monies had been paid by creating fake bank statements to clients and the SRA, as well as false emails. He had also sent 29 faked building regulations certificates to RBS’ solicitor for a deal he was working on.

“The forged certificates were supposedly signed by somebody who did not work at the council at the time and contained an incorrect job title,” stated the SDT.

The solicitor’s interest in the firm – included in Mr Meaton’s will – was given to Mr Davies, on the condition that £170,000 be paid to his estate in equal instalments over a four-year period. The first £42,000 had been paid using client money, as discovered by the SDT.

Emails purporting to evidence the payment of outstanding barristers’ fees, had been falsified by Mr Davies, but had not been sent to the involved chambers. Instead, only his employees had received the correspondence and thus the initial charge, which stated that both chambers as well as employees had been misled, could not be proven.

Mr Davies was proven to have created a false QC’s opinion to a tax consultant client regarding a stamp duty land tax (SDLT) avoidance scheme, which had as a result promoted the scheme.

Concluding that Mr Davies was “entirely culpable for his actions”, the SDT continued: “It appeared that the motivation for his conduct was for personal, financial gain. He wanted to gain the interest in the firm that he had been left, subject to payment, without paying for it and he was stealing money from clients and paying it into his personal account.

“The respondent made considerable efforts to disguise what he was doing and cover his tracks. His actions were planned and appeared to be escalating. He was stopped when RBS froze the firm’s accounts and alerted the SRA…

“The tribunal did not know what harm had been caused to [the tax consultants] who relied on the forged SDLT opinion but the potential was very great. Had the forged building control certificates entered into circulation, significant harm would have been caused.

“The tribunal had been told that a number of claims were being made against the compensation fund. At least two clients had lost substantial sums of money when they were paid into the respondent’s own account and other clients had not had their mortgage and liabilities discharged…

“Dishonesty had been alleged and proved. Theft, forgery and fabrication of evidence were all involved. His actions were deliberate, calculated and repeated. The tribunal considered that the respondent’s misconduct would have continued and escalated further had he not been stopped.”