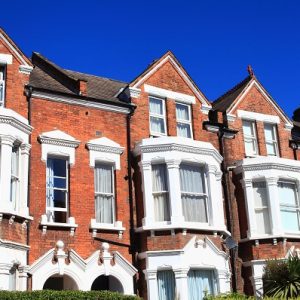 The prospect of a general election is likely to further slow the housing market, according to industry experts.

Yesterday the Prime Minister Theresa May announced that she would be seeking a snap general election, to take place on the 8th June.

Jeremy Leaf, the former chairman of the Royal Institution of Chartered Surveyors, said that the prospect of an election adds to the uncertainty which is already taking hold of the property market. Last week, RICS said that there is currently a lack of “impetus” in the housing market, with the level of stock on estate agents’ books dropping to new record lows.

Leaf continued: “The period of indecision starts from now until the election and thankfully it is relatively short. Inevitably, a lot of decision-making will be put on hold, particularly as the polls fluctuate, and that includes the decision to buy and sell property. As we saw from the EU Referendum, the polls can be notoriously unreliable, which can only add to nervousness in the market.”

However, he concluded that if the result is a decisive one, it will result in a surge in housing market activity.

Andrew McPhillips, economist at the Yorkshire Building Society, agreed that the housing market is going through a “sluggish period” at present, and a general election will cause that to last longer.

He added: “Home buyers who are well on the way to making a purchase have traditionally not been put off by such surprise macro-events but those only thinking about it may decide to pause.”

Nonetheless, an immediate survey by online estate agent eMoov suggests the prospect of an election has made little difference to those looking to buy or sell property. It surveyed 1,000 home buyers and sellers, asking them if they still intended to go ahead with a planned move. Around 57% of sellers and 59% of buyers said they intended to carry on regardless.

Russell Quirk, founder and CEO of eMoov, said: “Since the vote to leave the EU we’ve seen the market remain remarkably resilient despite a degree of buyer uncertainty which essentially acts as property transaction kryptonite. Therefore, the eradication of questions around the legitimacy of the EU vote, a second referendum and any other opposition will only serve to buoy the housing market further and should see a large degree of stability return going forward.”