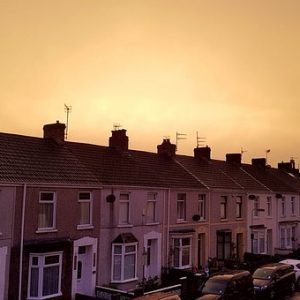 The union UNISON has claimed, through a recent report, that public sector workers face a near impossible task of owning their own property on their single public sector salary.

The ‘Priced Out’ report is based on speculation that first-time buyers will be able to save £100 of their wages every month until they have saved a 15% deposit.

The public sector jobs of: NHS cleaner, teaching assistant, librarian, nurse and police community support officer (PCSO) were focused on. The report found that it would take, on average, fourteen years to save a required deposit; with this number rising along with house prices and static wages.

Unsurprisingly, the number becomes even more unrealistic in London, where it would take the average salary 32 years to scrape together enough for a deposit in South East London and an additional hundred years to acquire property in Kensington.

It would be an impossibility for an NHS cleaner’s wage of £21,786 to own an average London property as it would mean borrowing over sixteen times their annual wage.

Similarly, a teaching assistant and librarian would need to borrow over 11 times their wage in the South East of England. Shockingly, the only viable location to own property for these professions is the North East and some areas in Scotland.

Dave Prentis, UNISON general secretary, said: “Owning a home is now little more than a pipe dream for most public sector workers. Deposits and mortgages are quite simply way out of reach, while the spiralling cost of renting is eating up a growing proportion of the take home pay of working people across Britain. Wage rises haven’t kept pace with soaring house prices and rents, and the situation looks set to worsen.

“The struggle for housing cuts across generations, jobs and regions. Employees are being forced to work further away from their jobs, and young people cannot afford to move out of the family home” he continues.

“The Government has had more wake-up calls over the growing housing crisis than hot dinners. Decisive, creative and responsible action is needed now.”

Owning a home is on many people’s bucket list and life goals. The knowledge that a Government paid wage to a single income household will restrict and prevent them from owning and securing permanent roots is quite shocking and disgusting.

Every hard-working person should be able to have the opportunity to own their home and the Government should look at how it can help the employees it pays.