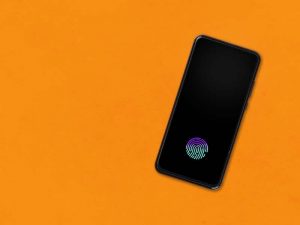 The government have published plans designed to enable the production of a single digital identity for everyone, for the purposes of providing ID verification for activities such as buying alcohol through to purchasing a home.

A consultation will seek input on three key questions

A digital identity would create greater certainty that person you are dealing with is who they say they are and reduce identity fraud. 220,000 cases of personal data abuse and impersonation were recorded in 2019. Using technology, which can take a number of forms such as a phone app or other web-based service, is considered to have many advantages over the current largely paper-based system.

Adopting one digital identity would negate the need to conduct multiple ID checks throughout, for example, a conveyancing transaction where currently an individual is required to be verified for money laundering purposes by a mortgage broker, a lender, an estate agent and a conveyancer.

A project is already underway in the property sector designed to create a standard against which ID providers can be accredited. MyIdentity is a sector supported project to develop a digital identity trust scheme for the home buying and selling sector, aligned to the eventual UK Digital Identity and Attributes Trust Framework that is being development by the Department for Digital, Culture, Media and Sport (DCMS). The development of the Scheme will allow the digital identity of a home buyer/seller to be verified once and then be shared with consent by the consumer throughout the rest of the sales transaction, with all those who need to verify the identity of the consumer.

“This is a really positive move forward by the DCMS as the adoption of digital identity standards comes closer to reality.  The importance of standards can not be underestimated when you read about recent reports of AML failure caused by a third party ID checker.

Users of third-party identity checkers need to know that these checkers are doing what they are meant to be doing and to a set of recognised and adopted standards.  The DCMS Framework is working to set these standards which will be reflected in the digital identity trust scheme for the home buying and selling sector, known as MyIdentity (www.myidentity.org.uk).

For the consumer they should only have to prove who they are once within the process enabling them to share their identity credentials and this can only be achieved through a set of standards helping to build ‘trust’ into the process.”

said Stuart Young MD of Etive who are spearheading the project.

The issue of what ID companies tell practitioners about their clients has hit the headlines following the decision by the SRA to “rebuke” law firm Schofield Sweeney following their reliance on a third party of ID verification. The SRA decision upheld that the software had been relied upon to verify the identify of the individual, when in fact, the third party verified only “that the ID documents were true copies of the original documents. It had not however actually verified the genuine identity of (the person in question).”

It is argued a digital identity would also boost privacy by restricting the personal information an organisation sees to precisely what is required. For example, someone buying age-restricted goods would be able to prove they are over 18 without needing to disclose their date of birth, name or address.

“The plans laid out today will ensure people can trust the app in their pocket as much as their passport when proving their identity.”

“Digital identities offer a huge opportunity to make checks easier, quicker and more secure, and help people who do not have traditional forms of ID to prove who they are.”

“This technology is a vital building block for the economy of the future, and we’re ensuring that people who choose to use it can have confidence their data will be handled safely.”

Digital identity will widen access to legally valid forms of identification for people who currently find it difficult to prove something about themselves. For example, if someone does not have access to an official document, such as a passport, they may be able to prove their identity digitally through another government service, or other means such as a vouch from a doctor or other trustworthy source.

The consultation sets out how the government can build confidence in digital IDs so they have a similar status in law as physical proofs of identity that businesses and individuals already trust and includes proposals for a governing body charged with making sure organisations follow government rules, developed with industry and published in draft form earlier this year, that allow digital identity companies to prove they adhere to the highest standards of security and privacy.

The body – which could be housed within an existing regulator – would have powers to issue an easily recognised trustmark to digital identity firms which certifies that people’s data will be handled in a safe and consistent way. It will work with organisations to take proactive action to prevent and enable the detection of fraud and security incidents, as well as encouraging inclusion.

The consultation is open to any member of the public and closes on 13 September.