Simultaneous Exchange And Completions – Are They A Good Thing 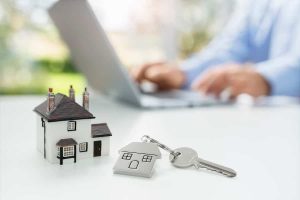 The re-opening of the English property market back on the 13 May, is said to have released seven weeks of pent up frustration of both buyers and sellers.

When the UK went into lockdown on 23 March 2020, a lot of property transactions were put on hold as buyers and sellers were unable to move.

Following the Government’s announcement about the re-opening, recent figures have demonstrated that the market has seemingly bounced-back. Although it could be argued the figures aren’t amazing, as they still fall short of last year’s comparisons. There could indeed have been a much more gloomier scenario.

In a bid to progress the transaction process, it has been mentioned that simultaneous exchanges and completions have been utilised as a method to move transactions forward.

“One thing that has particular irritated me during this time is the reliance on so many firms wishing to carry out a simultaneous exchange and completion. The whole idea about exchanging contracts is to provide certainty. The role of the lawyer in the conveyancing process is to provide certainty. There have been many firms for years who have adopted a chaotic approach to the whole business that they seem to think that simultaneous exchange and completion is the “only way to go”. I expect that is because they have no system in place or belief in their ability to deal with it any other way.

“Now I am not saying that someone should never exchange and complete on the same day. There are circumstances where that has to happen. However, they should be the exception to the rule not the norm. There have been many firms I have dealt with over the years (yes I am old) that have always seemed to prefer a simultaneous exchange and completion. Oddly those firms always seem to be the ones that end up in trouble with the regulators at some point.

“The argument that many put forward to not exchange in advance of completion is somewhat counter intuitive. They say they can’t be certain they will be able to complete. As I have stated above the point of exchanging is to provide certainty to parties in the first place. The reasons stem from “my client may fall ill” and “the mortgage offer could be withdrawn”. Well yes, their client could fall ill but is that a reason not to exchange when they clearly have funds lined up?

“The other reason put forward I have heard as mentioned above is “the mortgage lender could withdraw their offer”. Well, news flash to those who did not know this, but a lender has always had the right to do this. A huge amount, of conveyancers seem to think that if a mortgage offer is issued then it can’t be withdrawn. Covid-19 has not changed this reality so why exchange before the pandemic but not now? As you can tell I get quite worked up about this issue so best I move on. And breathe.”

What are your thoughts on simultaneous exchange and completion?