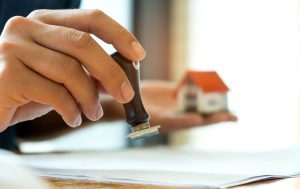 Simon was appointed by the Business Parliamentary Under Secretary of State Lord Duncan, who said:

“I am delighted to announce Simon Hayes as the new Chief Executive and Chief Land Registrar of HM Land Registry. Simon brings with him a wealth of experience from his previous roles in the Home Office and will ensure the organisation continues its transformation into a world leading land registry, delivering a first rate, digital service to its customers.

“I would also like to thank Mike Harlow for all of his work as Acting Chief Executive and Chief Land Registrar since January.”

“I am delighted to be appointed to this role at such an exciting and important time for HM Land Registry. I look forward to working with everyone within the organisation as we continue our transformation journey, delivering outstanding service to our customers, and benefits for all our partners.”

Simon will take up leadership of HM Land Registry in November 2019. He is currently Director of Visas & Citizenship, UK Visas and Immigration (UKVI) and will bring considerable experience from this role and his previous roles in the Home Office – including positions in the criminal justice and immigration policy –  to lead HM Land Registry in delivering its business strategy and become the world’s leading land registry for speed, simplicity and an open approach to data.