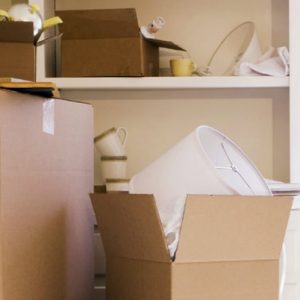 Disputes between flat owners and landlords/management companies over the provision of ‘services’ – repairs, maintenance, cleaning etc – to the flats are increasingly common. There is a wide range of statutory provisions attempting to provide protection for flat owners and increasingly applications are being made to the Tribunal to resolve the issues involved. One of the protections given to the tenants is the ’18 month rule’ – a landlord etc may not recover service charges from flat owners where the costs were incurred more than eighteen months before the demand is served on the owner. This is obviously designed to protect flat owners from suddenly be surprised by large bills for costs incurred years previously, but it can itself cause problems, as this case shows.

The first issue with the section is when are costs ‘incurred’ for the 18 month time limit to start running. Is this when the landlord provides the services, or when the landlord actually gets a bill for those works? OM Property Management v Burr [2013] EWCA Civ 479 decided that point. It was a case involving the costs of heating the swimming pool at the block where the Management Company had not been billed by the supplier for the gas consumed for several years. When the bill arrived it was rather large. Did the 18 months run from when the gas was consumed or when it was billed? The Court of Appeal held that the costs were not incurred when the gas was consumed but only when the invoice was presented.

The Westmark involved flats in a large mixed use development in Queen Square, Bristol. As in many developments the ownership and management structure was not simply that of landlord and tenant. There were several intermediate leases between the freeholder and the occupying flat owners. As is often the case in such situations, the services enjoyed by the flat owners were provided by two of the superior landlords. So the Trustees of the Epic (Colmore Row) Trust held a long lease of the whole development. They were liable to insure and to keep the development in good and substantial repair and condition. Westmark were responsible for maintenance etc of the common parts of the residential parts of the development. A Tenants’ Management Company was then to be set up to give the flat owners control of the management of the residential parts. So the scheme was that Epic Trustees charged Westmark for the services they provided and then Westmark would bill the management company, who would then bill the flat owners.  A dispute arose as to the operation of the 18 month rule in these circumstances.

The problems were compounded by the mismanagement of the block over a period of years. To quote Martin Rodger QC, Deputy Chamber President:.

“28.      Two symptoms of the mismanagement of the development led to these proceedings.  The first was that between 2009 and 2011 no attempt was made to reconcile estimated service charges paid by the occupational leaseholders with the total costs actually incurred in the provision of services; the second was that after 2011 the practice of collecting estimated charges was abandoned and no demands for payment were made at all.

So one more issue resolved for flat owners, to the benefit of all flat owners in similar circumstances. But at what cost, financial and emotional, for those involved? Tribunals are supposed to be a less formal way that courts for resolving disputes. But the law is complex and the procedure not straightforward. Is there not a better way of resolving these issues?