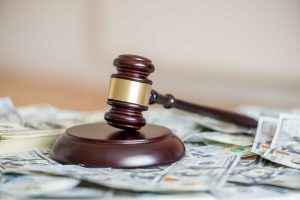 The second unexplained wealth order (UWO) has been issued in July to prevent the proliferation of criminals using property to secrete and launder their ill gotten gains.

Since the National Crime Agency (NCA) were given additional powers to fight money laundering in the UK, the fourth UWO has been issued to a Northern Irish woman living in London following the purchase of six properties worth in excess of £3.2 million.

The woman is thought to have clear links with criminals smuggling cigarettes and a history of paramilitary activity.

The application for an UWO was made to the High Court at the end of July and served less than a week later. The UWO will run in conjunction with a temporary interim freezing order, preventing the woman from accessing the assets until the information requested is provided to the National Crime Agency (NCA).

Currently, four London properties and two properties in Northern Ireland have been seized.

This is the second UWO issued following suspicions the property owner has links to serious organised crime. The NCA insist their decisions and investigations will not always be based on monetary value alone. Instead, they consider the cases where money laundering is causing the most harm to the community.

The first UWO order triggered because of organised crime links was issued less than a month prior to the recent raid.

Having built up a property empire worth in excess of £10 million, the NCA looked to determine the source of funds a property tycoon, from the north of England, used to purchase the properties.

In a similar fashion to this most recent case, whilst the investigation is ongoing, Interim Freezing Orders have been granted which will prevent the properties from being sold until a conclusion is reached.

Officers are confident that some of the money used to purchase the properties was provided by criminal associates involved in drug trafficking, armed robberies and the illegal arms trade.

The two cases are the first UWOs obtained exclusively on the understanding that the individuals involved used illicit finance from serious organised crime to purchase property. The fact that they were both issued in July further highlights the desire and reach of the NCA in fighting economic crime.

“This is the fourth case in which we have obtained a UWO. Our investigations are complex and involve careful consideration before we make an application before the court”.

“We do not investigate illicit finance based on monetary value alone. This latest order shows that we will act against those who we believe are causing the most harm to our communities”.

“We are determined to identify and prioritise the cases which have the biggest impact on tackling serious and organised economic crime. Criminally obtained assets undermine the integrity of the UK’s economy and institutions.

“We will use all the powers available to us to target those we suspect are trying to launder money and will explore every opportunity to deny assets linked to illicit finance.”