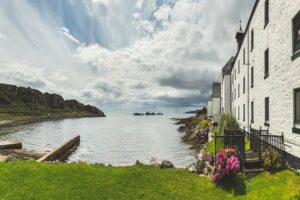 HMRC has reported £11.44 billion in receipts from SDLT so far this year, the highest amount collected in the first 11 months of a year since 2017.

It is thought that the fervent second-home buying market in 2021 has boosted the Treasury tax take despite the SDLT holiday which also applied to buy-to-let properties and second homes in England (subject to a 3% additional home tax).

HMRC estimates that 974,310 residential properties were sold in the financial year 2021, making it the busiest year in a decade. The increase in sales is thought to have been fuelled by changing work and family priorities as a result of the pandemic, in addition to increased savings and low mortgage rates. Covid imposed travel bans also led some families to purchase second holiday homes in the countryside and in coastal regions.

More than 24,000 second homes are thought to have been purchased in the 12 months before 30th June, many of which are located in holiday hotspots such as Cornwall, Devon, north Norfolk and the Lake District.

Figures published by HMRC showed £1.21 billion in stamp duty revenue in November, less than in October’s collection of £1.32 billion, but 22% higher than pre-pandemic levels in November 2019.

“It’s been a big year for the Treasury’s stamp duty receipts, despite hundreds of thousands of buyers being exempt from paying it for the first nine months of 2021. This shows just how high the demand for higher-value homes, second homes and rental properties has been this year.”

“We estimate that the stamp duty holiday amounted to a tax break to homebuyers of around £6.4 billion, but given the unexpected strength in the market despite — or arguably because of — coronavirus, receipts to the Treasury have held up remarkably well.

Over the past 18 months we’ve seen lifestyle drivers and low interest rates support incredibly strong levels of house price growth and a real surge in activity. The Treasury has particularly benefited from high transaction volumes at the top end of the market, where the stamp duty take is highest, bolstered by the 3 per cent surcharge [for those buying second homes] over the period of the stamp duty holiday and beyond.”