Call to scrap SDLT to replace with annual tax levy 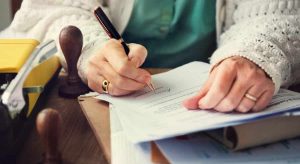 A think tank is calling on the Government to scrap the Stamp Duty Land Tax (SDLT) altogether and replace with a new levy.

The chancellor Rishi Sunak is once again being urged to get rid of SDLT in favour of a property tax instead.

The think tank, Bright Blue believes that doing away with the stamp duty holiday would stimulate greater activity in the housing market.

It believes that stamp duty and council tax should be abolished, replacing both with an annual property tax.

The new annual proportional property tax (APPT) would attempt to raise the same amount of money for the government as the existing property taxes does, but the valuation of homes would be accurate than the current system which has council tax valuations dating back to 1991.

Ryan Shorthouse, chief executive of Bright Blue, the think tank that published the report, said it would even things up across the country by focusing taxes on the better-off. He commented:

“The current property taxation system in England is regressive and distortive. It provides significant advantages to those who have – or are from families with – substantial wealth, and is quite punishing to those with relatively little.

“An APPT system would change that, making property tax liabilities much more manageable for those from modest backgrounds and areas.”

The new property tax proposal is being led by economists Paul Cheshire and Christian Hilber and backed by politicians including Labour’s Margaret Hodge, Conservative Lord Willets and Lib Dem Sir Vince Cable. The new proposal would mean that owners would be charged 0.11% of the property’s value each year for the central government, plus a local charge set by councils.

Furthermore, the new levy would rise to 0.14% for second homes, and include “green offsets” for environmentally friendly home improvements.  But Homeowners in areas with low property prices would typically be better off under the proposal.

“No one could argue that our current system of property taxes is ideal and this paper makes a powerful case for fundamental reform on the grounds of economic efficiency and fairness. This is a valuable contribution to the important debate on how we should reform our property taxes.”

“Our existing system of property taxation in the UK is deeply flawed and highly regressive. This timely paper from Bright Blue lays out a credible proposition for how we might tackle the inequity of this system. These recommendations are worthy of serious debate in the hope that a wide consensus can be formed on how to solve the intractable problem of taxing property.”

“An annual house price tax would mean soaring bills for many hard-working families and pensioners who have saved and improved their homes. We have no plans to make these changes.”